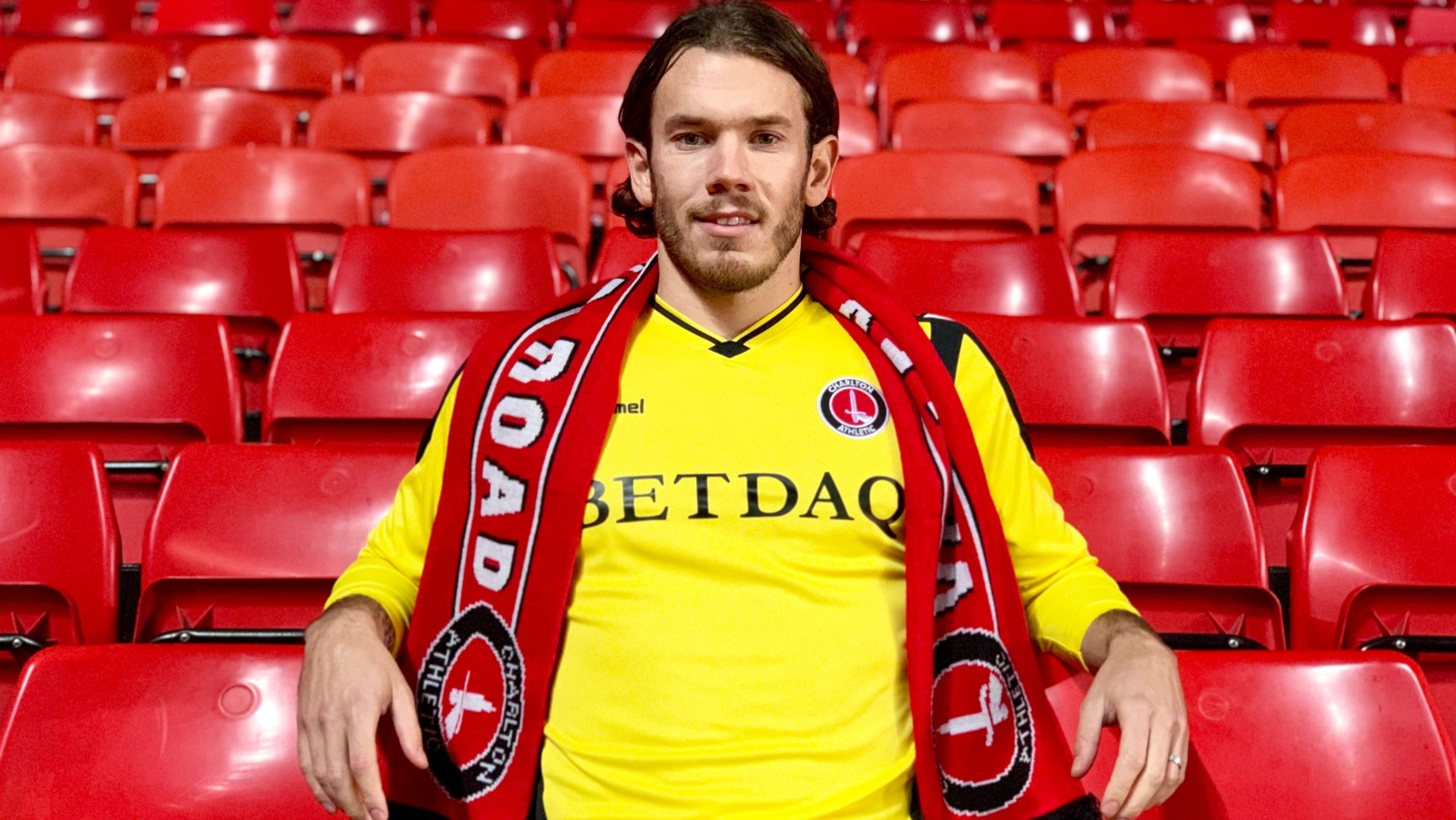 Charlton’s new signing Chris Maxwell had never been to The Valley before last night.

The famous stadium made an immediate impact on the 28-year-old goalkeeper, whose loan move to the club was confirmed on Tuesday morning.

Charlton’s Head of Recruitment Steve Gallen explained: “When he came down here and looked at the stadium, he was like ‘Wow, look at this’.”

So when he signed on the dotted line, Maxi, as he likes to be called, was in a good mood. He said: “It’s fantastic, it’s good to finally get it done. It’s a brilliant feeling, I’m really excited to be here and I’m looking forward to getting cracking.

“I’m really, really impressed (with the club), it’s been nothing but a warm welcome from everybody and it’s a great feeling to be here. I look forward to a really successful end of the year.”

The stopper helped Fleetwood Town to promotion to League One via the play-offs in 2014 and hopes to use what he learnt that year as the Addicks chase promotion this year.

When asked if he was concerned about moving to League One after playing in the Championship since 2016 Maxi responded confidently: “I don’t see it as a drop down in any way, shape or form. Charlton Athletic in my eyes is a top Championship club, if not a Premier League team. The club has been like that for decades. I want to be a part of it. I want this club to achieve where I think it should be and that’s back in the Championship. I aim to help in any way I can.”

Addicks boss Lee Bowyer and Gallen both highlighted Maxi’s excellent distribution and the stopper added that he wants to play his role in helping the Addicks to promotion.

When asked what he would bring to the side he said: “I like to think I bring experience, I’ve been around a while, I try and help the younger players as much as possible and hopefully clean sheets in the process.

“This club is about winning and the form that this club has shown in the first half of the season is brilliant and now I believe we’re in a position where we can mount a really serious automatic promotion challenge and now my sole focus is to do that between now and the end of the season to make sure we get promoted.”

Maxwell's first Charlton interview is available to watch on Valley Pass. To sign up for Valley Pass, please click here.