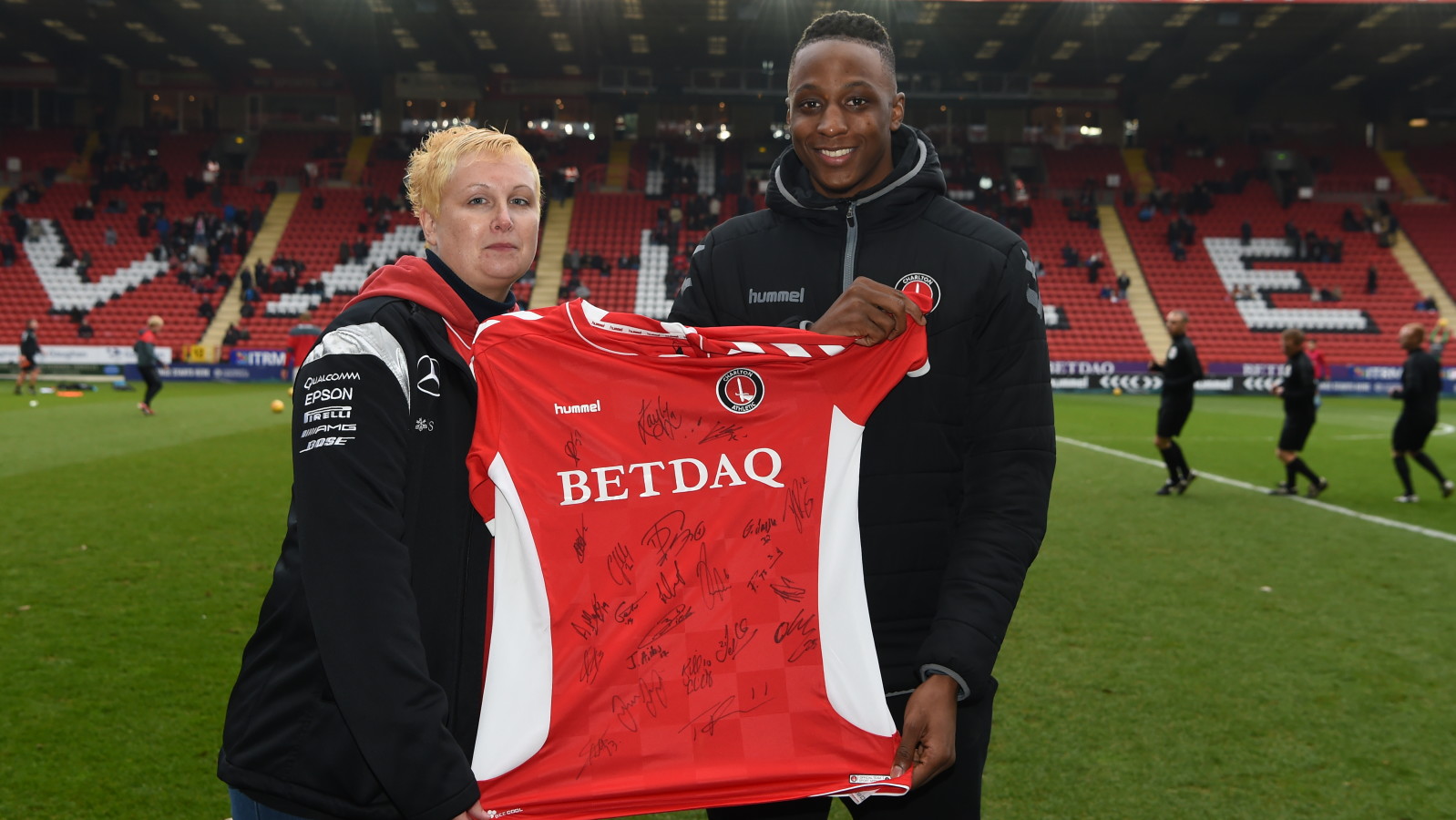 This season, BETDAQ launched the #PrideOfTheValley to reward die-hard Charlton fans. Each home league game, a fan is selected to win the reward and the individual is presented with a signed shirt on the pitch.

For Saturday’s game against Accrington Stanley, the award went to Karen Humphrey who was attending her 500th consecutive Charlton game. We asked her for some of her Charlton memories.

Why I became a Charlton fan: It was all my dad’s fault. He started taking me when I was four, (I believe it was to get me out of the house while my mum looked after my baby sister) and I have been a Charlton fan ever since!

My first game at The Valley: I don't remember my first home game watching Charlton. Obviously, being four [years old] I was a bit young. After many games at Selhurst Park and Upton Park my first game I remember at The Valley was, of course, the back to The Valley match against Portsmouth. I remember standing in the North Stand with my dad, grandad and close friends Mark and Tony, cheering the boys on and I think I will always remember the roar when Colin Walsh scored that famous goal to give us the win!

My first away day with Charlton: Again, I don't remember if this was my first away trip following Charlton but, living in Swindon, one early away trip that does stick in the mind was Swindon vs Charlton on March 1st 1997. We lost 1-0, Wayne Allison scored for Swindon and it poured with rain for nearly all of the match. I stood in the uncovered away end at Swindon and got soaked through to the bone. It didn't help that swindon didn't think to offer the travelling fans a waterproof mac until the second half! Of course, the stick I got off my Swindon friends and my sister just rounded off a terrible day. I’m pleased to say most away trips following Charlton have been much better since.

On 25th May 1998 I was: At Wembley cheering us on with my dad, grandad and my sister, who is a Swindon fan but decided to become a Charlton fan for the day and to this day she still says it is the best match she has ever seen! It was a rollercoaster of emotions, I was just so pleased we won after Super Clive got the hat-trick. It will forever be the best game.

My favourite Charlton game (not including the play-off final) is: Carlisle v Charlton April 14th 2012. It was my friend Faye's birthday, so myself and my dad took her up to Carlisle for the game. It was a double celebration; her birthday and promotion to the Championship! The celebrations after that game were amazing!

My favourite Charlton player: It would have to be Andy Hunt - such a great striker. I will always remember his hat-trick against Stockport away. I always got his name on my shirt at the start of the season and would make it my mission to get my shirt signed by him by the end of the season.

My favourite Charlton kit is: The 1996 away kit; green with purple and white stripes. It had the Viglen sponsor. I just liked the fact it was bright and different.

The best part of being a Charlton fan is: There is never a dull moment and the great friends you make along the way.

The Charlton Player of the Season will be: Lyle Taylor without a doubt. Fifteen goals already this season his all-round game and work-rate week after week is just amazing.

The game I am most looking forward to is: Hopefully Rochdale at home where we will seal promotion to the Championship.