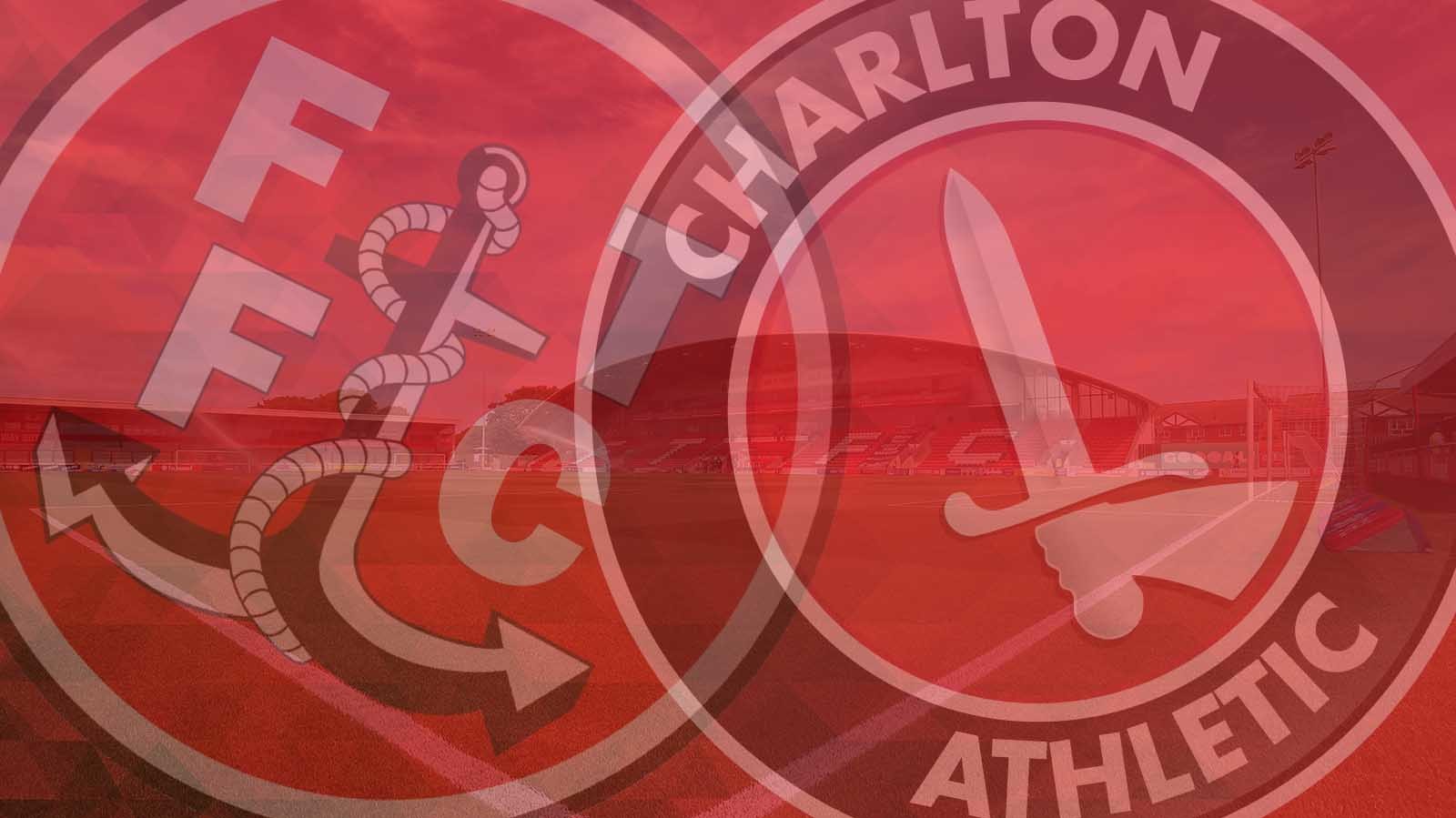 The Addicks – who have not conceded a goal in their last three matches – are in decent form and will be determined to record another positive result to cement their place in the top six.

Last weekend, Charlton were unfortunate not to win at fellow promotion chasers Peterborough United, as they drew 0-0. Bowyer’s men were backed by a huge away following that day and those heading to Lancashire at the weekend can most definitely play their part as well.

In Fleetwood, the Addicks will come up against a side with play-off ambitions of their own. The Cod Army are tenth in Sky Bet League One and, last time out, they were beaten 1-0 at home by Scunthorpe United.

Charlton are without Lyle Taylor, who will serve the second match of his three-game ban, while Karlan Grant left the club during the week to join Premier League side Huddersfield Town.

For Fleetwood, new signing Harry Souttar could make his debut after joining the club on loan from Stoke City. Defender Lewie Coyle is suspended.

Charlton Manager Lee Bowyer: “Igor Vetokele will be on the bench. Josh Cullen is already back. George Lapslie is back now, he played 90 minutes on Tuesday [for the U23s]. Reeco Hackett-Fairchild has had a full week’s training under his belt. I’m happy with what I have at the moment.”

Saturday’s game will be the sixth meeting between Charlton and Fleetwood. The Addicks have won one of the previous five games, while the other four have all ended in draws.

Last season, a hat-trick from Tariqe Fosu earned Charlton a 3-1 win in Lancashire. Highlights of that match are available to watch on Valley Pass.

So far this season, he has refereed 20 matches - the majority of which have come in the Sky Bet Championship - where he has dished out 68 yellow cards and one red.

Harrington last officiated a Charlton match in December 2018, which was the Addicks’ trip to Blackpool.

He will be supported by assistant referees Mark Dwyer and Paul Hodskinson and fourth official Martin Coy.

Around 300 Charlton supporters had purchased tickets for the match by the time they went off sale from The Valley on Thursday afternoon.

Fans will be able to buy on the day at Highbury Stadium. Away-end tickets will be on sale from any of the ticket offices located around the ground.