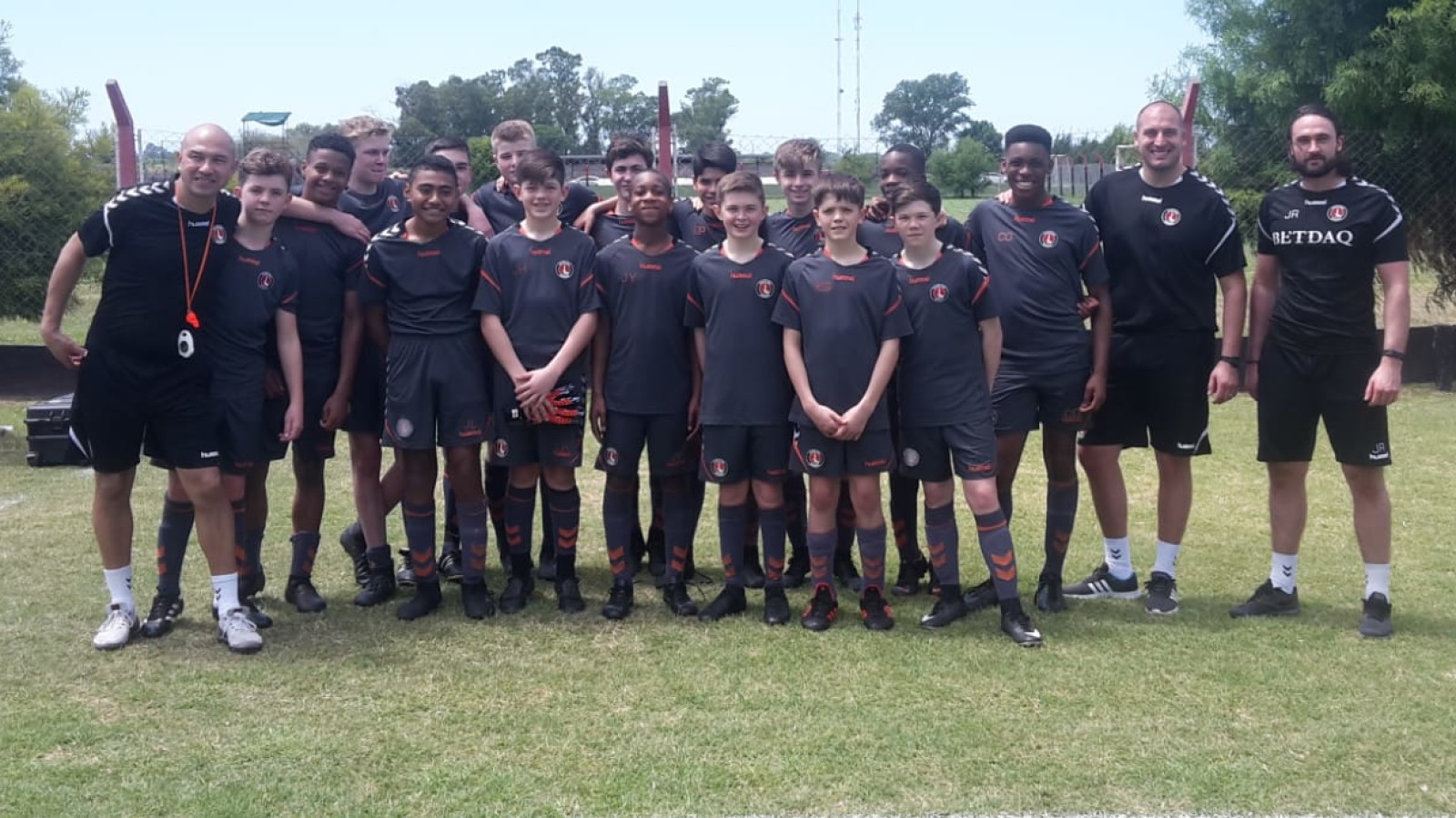 A young Addicks team kicked off their Newell’s Cup campaign in fine fashion with a 4-0 win over Rosario-based Alba.

The Charlton team of U13s and U14s are the only English side taking part in the tournament which began yesterday.

The trip, funded by Valley Gold, sees the young Addicks play six games this week before arriving back in the UK on Tuesday.

Max Connor, Henry Rylah, Chibike Okechukwu and Diogo Pereira were all on the scoresheet while Ryan Huke, Zach Mitchell and Josh Lageretabua were all highlighted by Academy Head of Coaching Adam Lawrence as top performers.

He said: “It was a good first win. We played some good football and score good goals, although the scoreline could have been even more comfortable.”

The Addicks have two games today facing Griffa and then Adea Alianza.

You can follow the Newell’s Cup here and check back to www.cafc.co.uk for further pictures and updates.