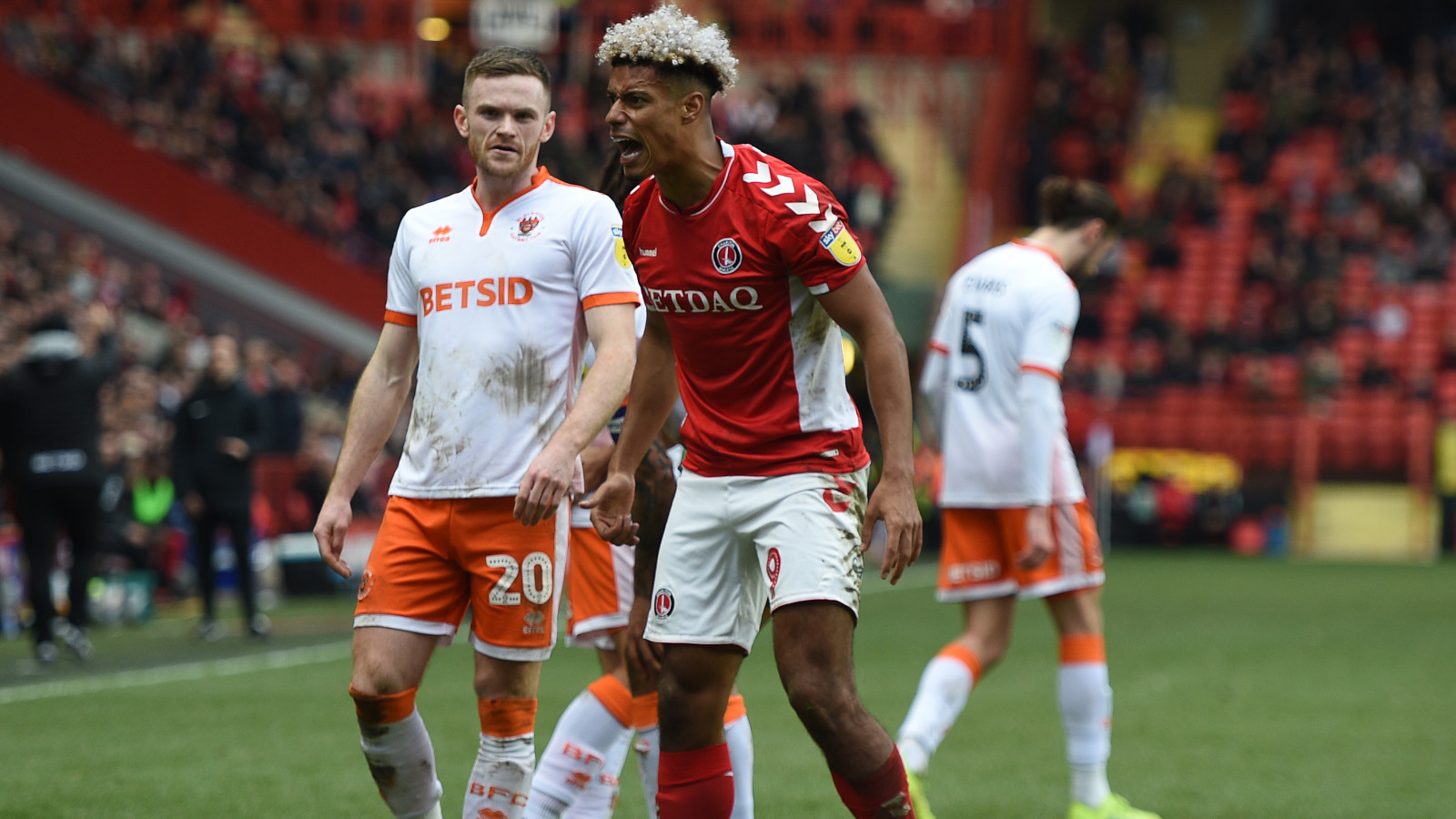 Charlton were held to a goalless draw by Blackpool at The Valley on Saturday afternoon.

In a game of few chances, the Addicks’ best opportunity fell the way of Joe Aribo late on but his close-range shot was brilliantly blocked by a Pool defender.

The result leaves the Addicks in the top six but in need of a win and they now face back-to-back away matches against AFC Wimbledon and Doncaster Rovers.

The big team news saw Lyle Taylor return from suspension as Lee Bowyer made five changes to his starting XI.

Along with Taylor, Patrick Bauer, Josh Parker, Anfernee Dijksteel and Aribo all earned starts but it was Blackpool who started the brighter.

They forced the first shot on goal with eight minutes on the clock when Nya Kirby volleyed over the crossbar from the corner of the penalty area.

The Addicks came close themselves on the quarter-hour mark, with Jonny Williams forcing a couple of corners in quick succession but Pool were able to get both flag-kicks clear.

On 22 minutes, Charlton could have taken the lead. Aribo – back in the side following a knee injury – dug out a great low cross on the left flank but Parker just could not connect with it in the middle.

A dipping drive from Williams stung the palms of Pool goalkeeper Mark Howards three minutes later and, at the other end, Addicks stopper Dillon Phillips did well to get his body in the way of a powerful Armand Gnanduillet shot.

Williams was denied by another smart save from Howard with 33 minutes gone – again from a low Aribo cross – and on the stroke of half-time Ben Reeves fired a 20-yard free-kick over the bar from a central position.

The two sides went in goalless at the break and, before the second half kicked off, Bowyer introduced Mark Marshall in place of Reeves. Charlton came close two minutes after the restart when Parker – now operating from the left – cut inside and saw a shot bravely blocked by a Pool defender.

Substitute Marshall found the overlapping Williams on 55 minutes and his dangerous centre was scrambled clear by the Blackpool back-line. Six minutes later, a Dijksteel centre was just too high for the head of Ben Purrington.

The Addicks looked the more likely to break the deadlock and 15 minutes from time Parker was foiled by another brave Blackpool block, having cut in from the left.

At the other end, Gnanduillet bobbled a strike over the bar before the Addicks’ Aribo had a strike brilliantly blocked behind by Harry Pritchard, having wriggled his way into the box.

Josh Cullen shot off target a couple of minutes later and that proved to be the final chance on what was a frustrating afternoon for the Addicks.