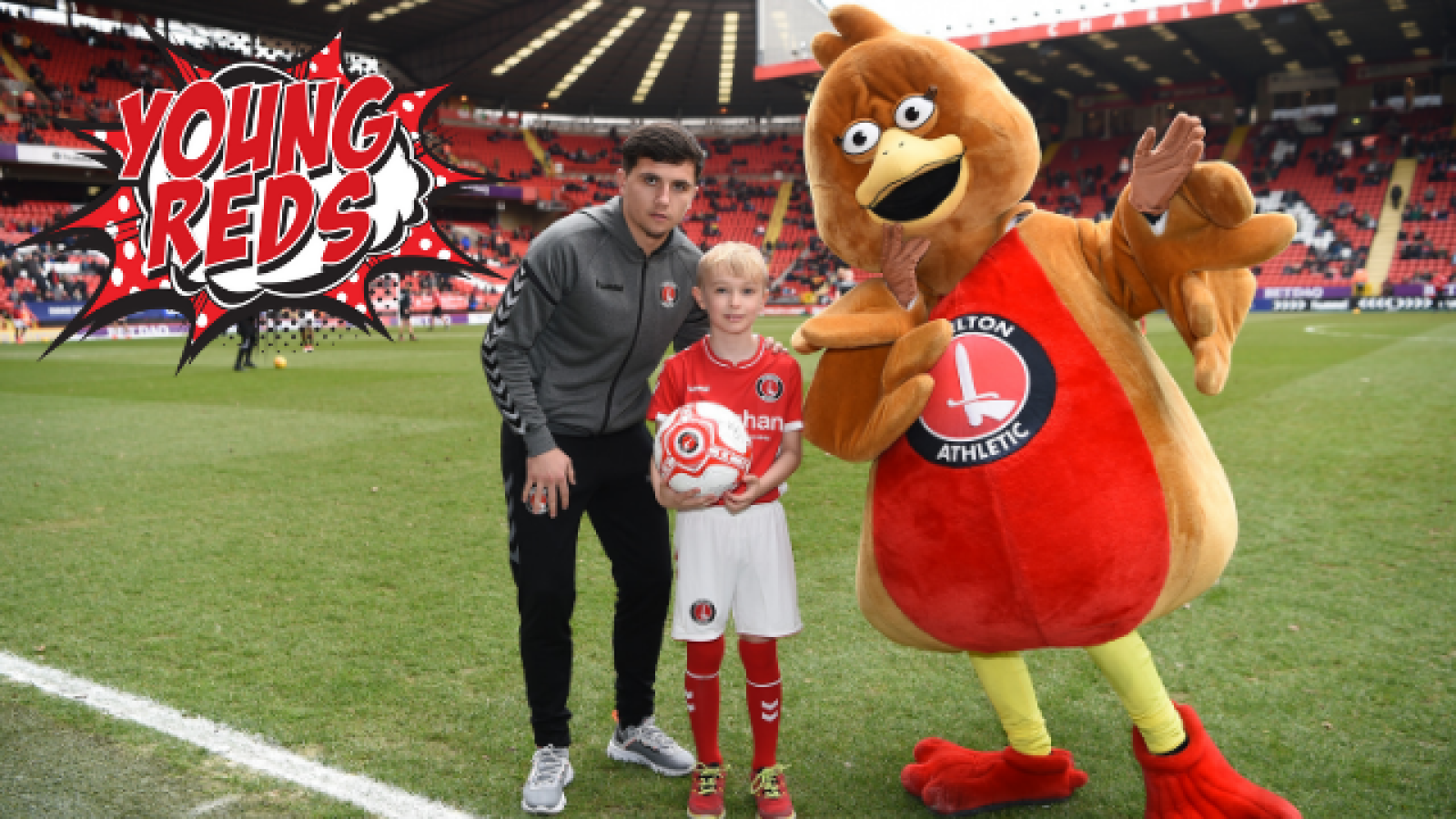 The accolade – which will now be awarded at every home game – rewards junior Addicks fans for showing great support for the team.

At the weekend, ahead of kick-off against Blackpool, Harry was presented with a signed football by academy graduate Albie Morgan and we have asked the eight-year-old for his Charlton memories…

I became a Charlton Supporter, because: My Dad is also a supporter. Along with my Grandad, Uncles, great Uncles, and cousins. As a family we support Charlton because my Great, Great Grandad played for Charlton, and help to dig out the Valley.

My first game was: Against Birmingham City in October 2014, in the Championship just after I turned 4, I remember how big I found The Valley and how high we sat. We drew 1-1 with Vetokele scoring. (Picture enclosed of my first game)

My first away game was: Against Reading the following season, we lost, but remember sitting behind the goal for the first time, and how noises the supporters were, and we had Pizza Hut after the game.

My favourite game is: The recent one against Accrington Stanley, as the crowd was really loud that day, and we scored right at the end.

My favourite player is: Lyle Taylor, I like how he scores his goals, I play as a striker for my team, East Kent Football Club and I’m beating him for goals as I have scored 20 so far this season.

I love being a Charlton fan because: I get to go to games with my wooden rattle, sing the songs and cheer them on with my Dad. Also my bedroom has its own football tunnel and dugout like the Valley.

My Player of the Year is: Lyle Taylor as he has scored the goals.

The game I'm looking forward to the most is: The Portsmouth game, as it’s a letter kick off and is on TV.

I would like Charlton to sign: Sergio Aguero as I think we would score load more goals with him and Taylor.