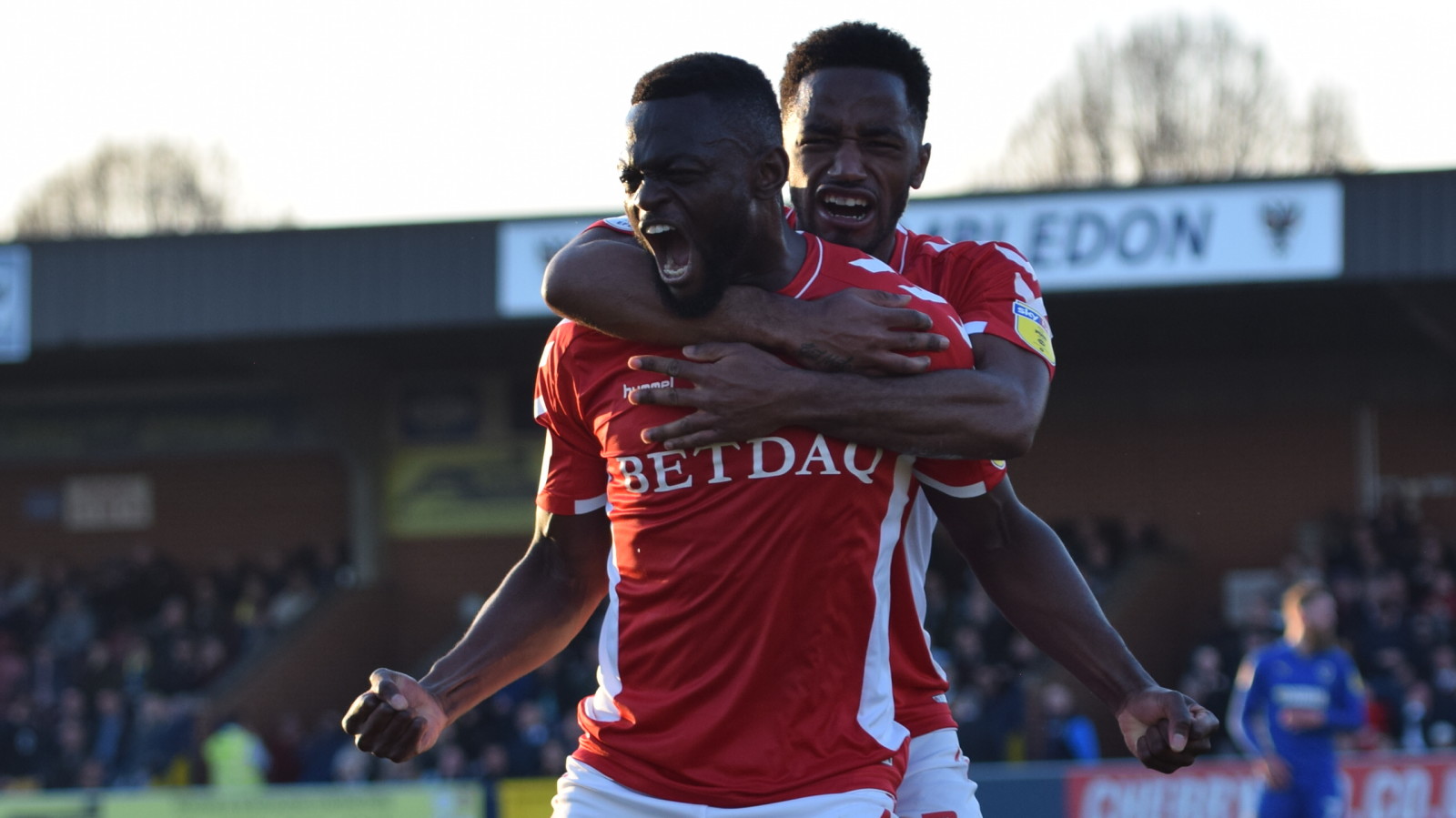 Igor Vetokele netted a stoppage-time winner as Charlton came from behind to beat AFC Wimbledon at the Cherry Red Records Stadium on Saturday afternoon.

From then on, it was all Charlton but the game looked to be heading for a draw until one minute into added on time when Vetokele looped a header into the net to earn his team a huge three points.

The victory keeps the Addicks in the Sky Bet League One play-off places and provides them with a seven-point cushion on seventh-placed Peterborough United.

In terms of team news, Lee Bowyer shuffled his pack by making three changes to his starting XI.

Skipper Chris Solly, George Lapslie and Mark Marshall all came back into the side and they replaced Ben Reeves, Anfernee Dijksteel and Josh Parker, with the latter missing out through illness.

The Addicks almost grabbed the lead inside four minutes and it was former Don Lyle Taylor who went close. After a corner was only half cleared, the ball was hooked back into the box and, from a very tight angle, Taylor whistled a shot just wide.

Wimbledon’s Anthony Wordsworth thumped a long-range volley at goal on seven minutes that Dillon Phillips saved with ease and Joe Pigott then went close for the Dons when he fired a bobbling shot narrowly wide.

It had been an end-to-end start to the game and the Addicks were next to go close on 13 minutes. Marshall collected a pass from Solly and drove into the box before sending a powerful shot just over the crossbar.

Folivi shot into the side netting from a Wordsworth corner on the 20-minute mark and four minutes later the Dons striker broke the deadlock. Ex-Addick Terell Thomas flicked on an Anthony Hartigan free-kick and Folivi was well placed in the middle to tap home from close range.

Wimbledon could have grabbed a second straight away but no-one in blue could connect with a low Wagstaff cross and, a couple of minutes later, Toby Sibbick shot straight at Dillon Phillips from a central position when he perhaps should have passed.

Charlton were on the back foot but they could have equalised on 31 minutes. Lapslie could not get a shot away after being put through by Joe Aribo but the loose ball fell for Taylor and his shot bounced into the ground and flew over.

Wimbledon led at the break and 60 seconds after the restart the Addicks were dealt a blow when boss Bowyer was sent to the stands by referee Chris Kavanagh.

It meant that the Manager had to watch the remainder of the match from the stands but his side hauled themselves level on 51 minutes. Taylor was pulled down on the edge of the box by Thomas and Sarr stepped up to thump the resulting free-kick into the top corner.

Charlton now had their tails up and Aribo zipped a low strike just wide on 59 minutes and moments later Marshall curled a low strike into the arms of home stopper Aaron Ramsdale.

Wimbledon’s goalkeeper excelled himself once again on 63 minutes. Cullen broke into the box and arrowed a shot towards the bottom corner that he palmed behind for a corner.

Some brilliant footwork from Joe Aribo set up Charlton’s next chance on 75 minutes. He ran half the length of the pitch and found Lapslie, whose first-time shot was well blocked.

Charlton quickly recycled possession and substitute Tariqe Fosu sent in a low cross that found Williams at the back post and he saw his strike well saved by Ramsdale.

A superb, defensive header from Thomas cleared the ball from under the AFC Wimbledon crossbar five minutes from time and seconds later Taylor headed over from a corner.

The Addicks were really pushing for a winner and as the clock hit 90 Fosu was denied by a stunning save from Ramdale, as the stopper flew to his left to flick his shot behind for a corner.

Four minutes of stoppage time were indicated and one minute into the added-on period Charlton did strike the decisive goal. It wasn’t pretty a goal but boy was it crucial.

A corner was only half cleared, the ball bobbled around the box and it eventually bounced up to Vetokele who looped a header into the net. It sent the away end absolutely potty and secured Charlton a big, big vivtory.