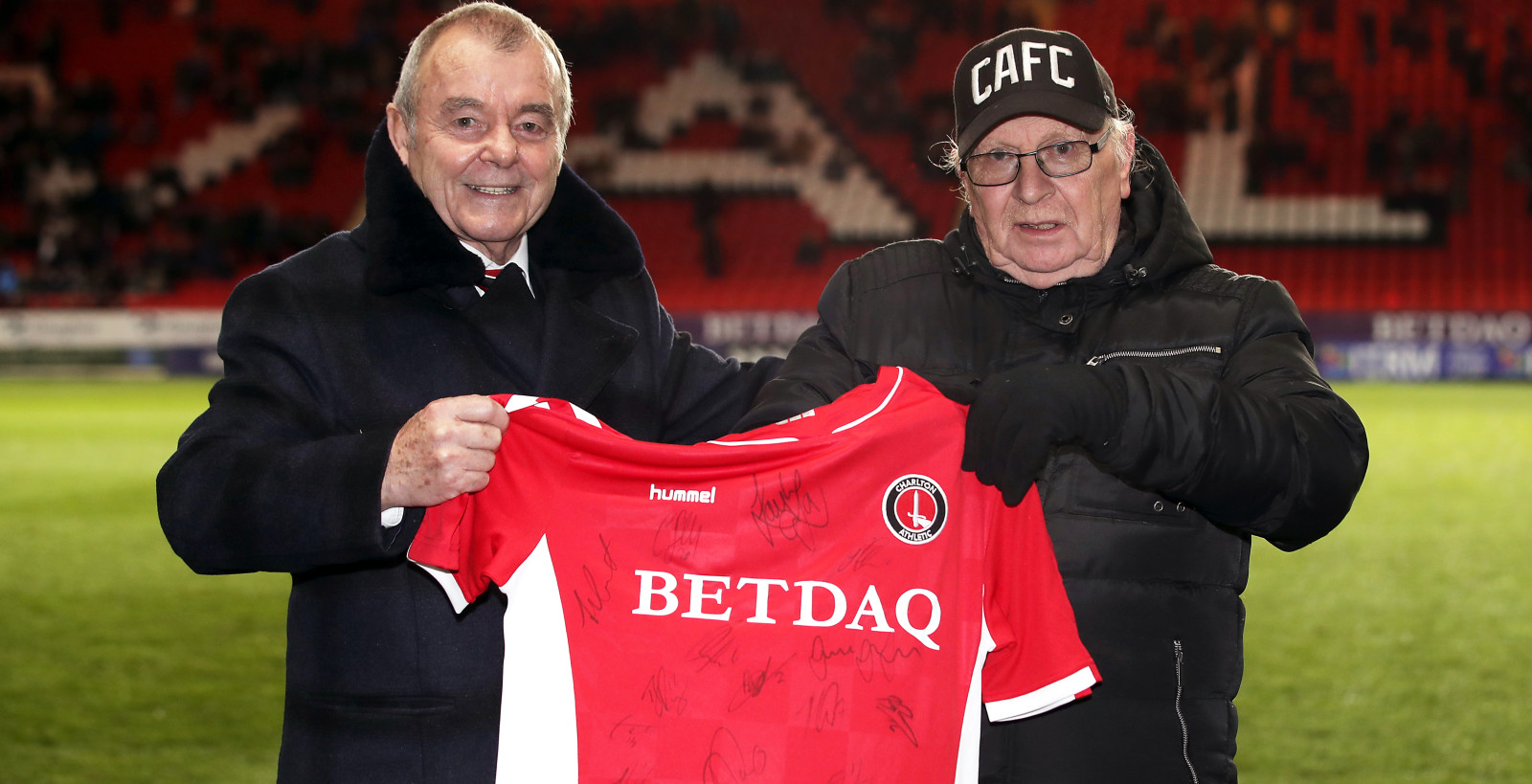 This week Charlton Athletic Museum nominated Chris Thompson. Chris began supporting the side in 1952 and in our game against Burton Albion was attending consecutive game number 499. We asked him for some of his Charlton memories.

Why I became a Charlton fan: My dad was a fan and took me to my first game just after my fifth birthday. It was love at first sight.

My first game at The Valley was: Aston Villa on April 24 1952, we lost 1-0. It was a Thursday evening game, which were quite common back then. It was before we had floodlights. I remember being awe struck by the sheer size of the stadium. Even though we lost, I was hooked.

My first away day with Charlton: Would have been Arsenal the following season (1952/53). We went by Lewis Coaches from the top of Tunnel Avenue. I was impressed by the splendour of Highbury, but I still preferred The Valley. We won that game 4-3.

On 25th May 1998 I was: Behind the goal with friends. I went in as soon as the gates opened and soaked up the atmosphere as it built. As kick-off approached, Dave Lockwood went on the pitch to ramp the noise levels up even more. The match itself has been well documented, but when the penalty shoot-out got to about 2-2, I had a premonition we would win 7-6, it was written in the stars.

My favourite Charlton game (not including the play-off final) was: As a 10-year-old schoolboy I was behind the goal for the 7-6 victory over Huddersfield. There will never be another game like that. My dad told me to 'retire' from watching football as I would never see another game like it. I have spent more than 60-years trying to prove him wrong! Of more recent times the game on April 14 2012 when we clinched promotion at Carlisle was very special. The fans would not leave the stadium until the team came back out. After that Powelly let some fans into the dressing room. Players, management and fans in unison. Nobody who was there will ever forget it.

My favourite Charlton player: Johnny Summers was my first hero. More recently, I think Andy Hunt was the most complete striker we have ever had. But my all-time favourite has to be Johnnie Jackson. A terrific player in his hey day, and an inspirational leader. The knee slide goal celebration at Watford on New Year's Day, his late winner against QPR at The Valley and his goal against Fulham after coming off the bench are memories that come readily to mind.But more than that, Jacko is a top, top man. He always makes time to talk to fans, and never turns down an autograph or photo request. I was lucky enough to be on the train back from Exeter when he bought drinks for the fans. A genuine legend.

My favourite Charlton kit is: The Quaser white shirt with the red and black bands of the mid 90s. I thought the design was simple but a real classic.

The best part of being a Charlton fan is: It's like being part of a big family. Meeting people you only see on match days at grounds all over the country is great. I have made so many friends over the years through following Charlton.

The Charlton player of the season will be: Lyle Taylor. He is the heartbeat of the team and a real fans favourite.

The game I am most looking forward to: I would like it to be the play-off final at Wembley. Other than that, it is Plymouth. I love the West Country and have a week's holiday in Cornwall every year. For train travellers, the journey between Exeter and Plymouth is one of the most spectacular in the country.