INTERNATIONAL WATCH | Bielik holds England while five others could feature 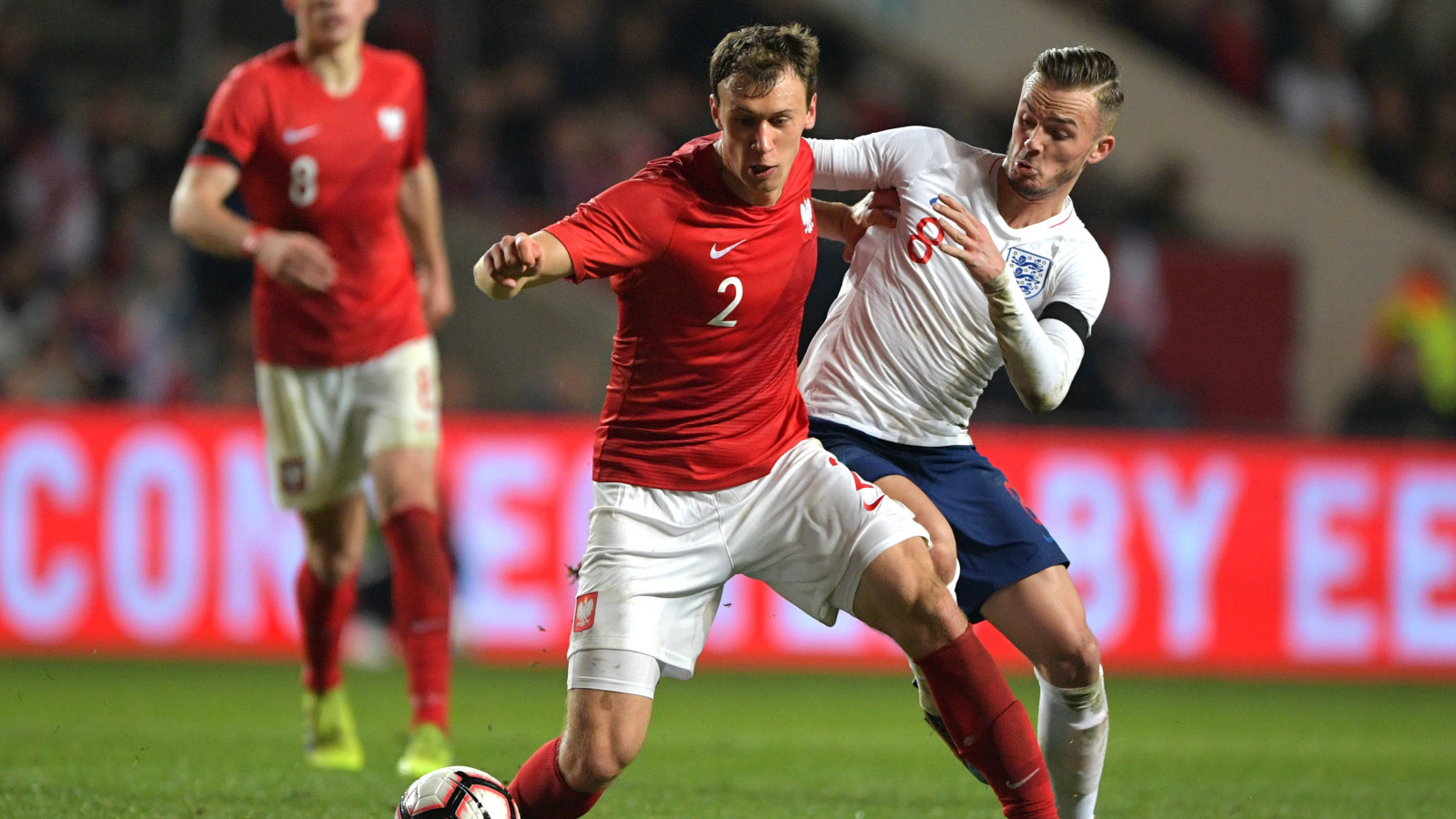 Here is everything you need to know about this weekend's international Addicks...

Krystian Bielik was the first of the club’s internationals to take the field during this international week as he completed all 90 minutes of Poland U21s’ 1-1 friendly with England on Thursday evening.

The 21-year-old Arsenal loanee came up against former Addicks Jay Dasilva and Ademola Lookman at Bristol City’s Ashton Gate with Dominic Calvert-Lewin’s 13th-minute opener being cancelled out by a stunning Sebastian Szymanski free-kick before half-time.

Bielik came through the match unscathed and will report back to Sparrows Lane next week with his international duties now complete.

Five other Addicks are set to be in international action over the coming days. Below is a summary of what supporters can look out for on the international scene…

Charlton’s top scorer is within touching distance of his country reaching the Gold Cup finals for the first time. His Montserrat side must beat the Cayman Islands in the early hours of Saturday morning and rely on three other favourable results elsewhere to seal a top 10 place in the National League qualifiers and guarantee their passage through the this summer’s tournament in Central American and the Caribbean.

The 28-year-old has won 29 caps for his country, so far, and has worn the armband for their last three fixtures. His Antigua and Barbuda side host Curaçao, who are top of the 34-team qualifying table, but cannot qualify for the Gold Cup due to other fixtures making it mathematically impossible.

The West Ham United loanee will be hoping to get his first senior cap this weekend for the Republic of Ireland after making 14 appearances for their U21s. Mick McCarthy’s men kick off their Euro 2020 qualifying campaign with a trip to Gibraltar before hosting Georgia.

If Cullen plays, he will become the seventh Charlton player to represent Ireland’s senior side.

While the Preston North End loanee was not in the squad for the friendly game against Trinidad and Tobago, he may well feature on the bench on Sunday as Ryan Giggs’ side play host to Slovakia in their first Euro 2020 qualifier.

Vetokele is set to make his first appearance for his country since 2016 when his Angola side visit Botswana on Friday evening. If he plays, he will earn his fourth international cap, all of which he has earned while a Charlton player.

Angola have played five games in Group I, so far, and sit in second place with three wins and two defeats, while their opponents Botswana sit bottom of the four teams with four defeats and one draw.