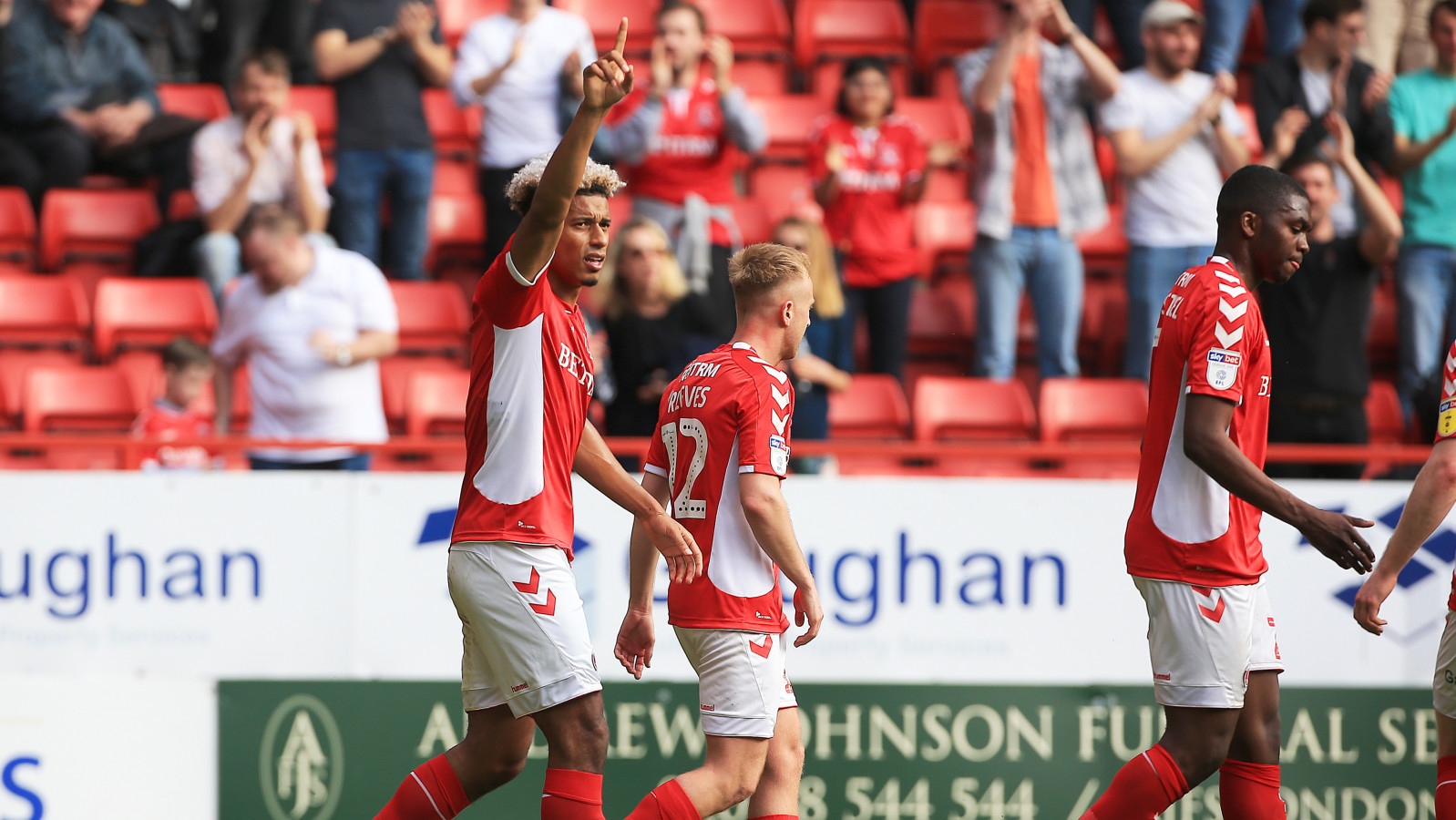 Lyle Taylor scored his 18th goal of the season as the Addicks beat Bradford City 1-0 at The Valley to extend their unbeaten home run to 14 games.

It wasn’t Charlton’s best performance of the season but the three points moves Lee Bowyer’s team another step closer to securing a play-off spot, his team sit 12 points clear of seventh with seven games remaining.

The manager made three changes to the side that drew with Bristol Rovers a fortnight ago before the international break. Naby Sarr, Joe Aribo and Jonny Williams returned to the Charlton starting line-up with Jason Pearce and Darren Pratley moving to the bench and Krystian Bielik out with an ankle injury.

In an action packed first half the Addicks had their first two efforts at goal off the heads of Patrick Bauer and Igor Vetokele and therefore it wasn’t against the run of play when Charlton took the lead in the 19th minute with a well-worked team goal. Sarr started it breaking from defence and his pass found Aribo in space in the box. The midfielder took a touch and passed to his right to Ben Reeves, who beautifully dummied, deceiving his defender, leaving Taylor in space to slide in on the angle and slot home from six yards out.

Minutes later it was nearly 2-0 when Richard O’Donnell, in the visitors goal, did very well to smother at point blank range, from Vetokele after a clever Taylor knock-down.

At the other end the visitors began to have some luck and David Ball should have scored with an effort inside the six-yard box mid-way through the half. Jacob Butterfield missed an even better chance when he took too long on the ball after a swift counter attack with Bauer and Dillon Phillips recovering well to block his effort.

The chances kept coming for the Addicks with Taylor at the heart of everything. His curling effort from 25 yards out had O’Donnell beaten but crashed into the post and then just before half-time he smashed over from seven yards with the goal gaping after some good interplay down the left from Aribo and Williams.

Despite plenty of good chances at both ends the Addicks went in 1-0 up at half-time.

Both sides slowed down after the half with Ball hitting the post with a lovely shot on the turn Bradford's best opportunity.

There was nearly a piece of Taylor magic when substitute Tariqe Fosu beat his defender on the right and chipped a cross to the back post for the former Wimbledon man, whose spectacular scissor kick fizzed just over the crossbar.

The Addicks saw the game out and the Charlton faithful got the opportunity to give substitute Billy Clarke a warm reception on his return to The Valley after leaving for Bradford in January.