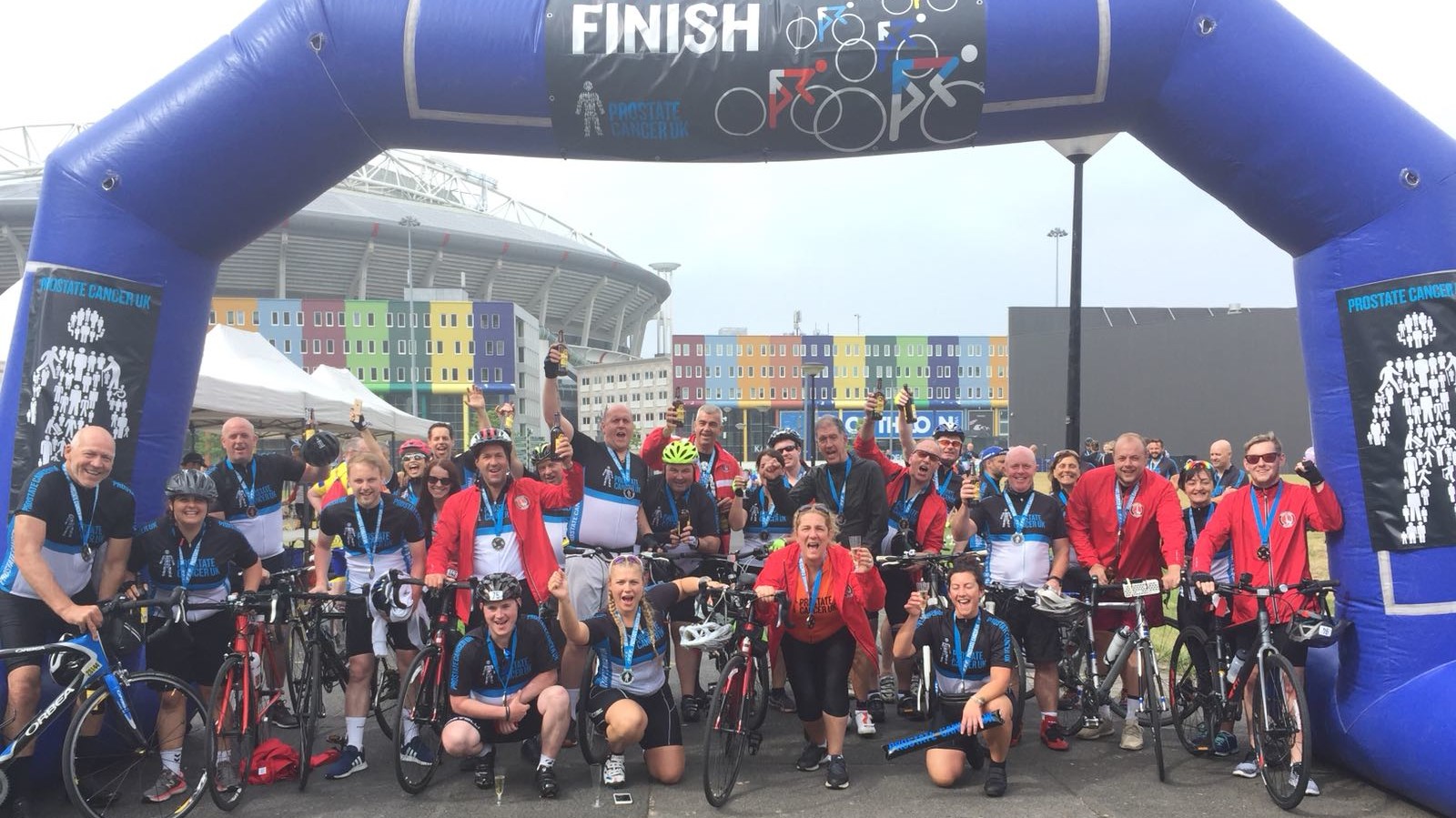 While Lee Bowyer’s Charlton squad are taking on Plymouth Argyle on Saturday afternoon, ‘Team Addicks’ will be back at The Glades shopping centre in Bromley to raise funds and awareness for Prostate Cancer UK.

The team are set to cycle 145 miles in June – from London to Amsterdam – and all money raised at the weekend will go towards their sponsorship target.

Team Addicks – who also fundraised in Bromley at the start of February – is made up of 42 members of staff from Charlton Athletic Football Club and Charlton Athletic Community Trust as well as a number of ex-players and fans.

The team are hoping to raise £50,000 come June time and, this year, former Addicks stars Bob Bolder, Garry Nelson and John Robinson have signed themselves up for the ride.

Charlton’s Player Liaison Officer Tracey Leaburn will be completing the cycle for a third time this summer and she hopes that the team can raise some important funds for the charity at the weekend.

Speaking in February, she said: “It’s fantastic that the Glades Shopping Centre have agreed that we can fundraise. We will be situated in the Upper Mall outside M&S.

"Team Addicks will be there from 9am-5pm with lots of Prostate Cancer goodies and also a spin bike. We all need to get a bit of training in, so the team will all take turns having a go."

Prostate cancer is the most common cancer in men, affecting one in eight white men and one in four black men. One man will die from prostate cancer every 45 minutes in the UK, which equates to over 11,000 men a year. Based on current trends, this number will rise to over 14,500 men a year by 2026 if nothing is done.