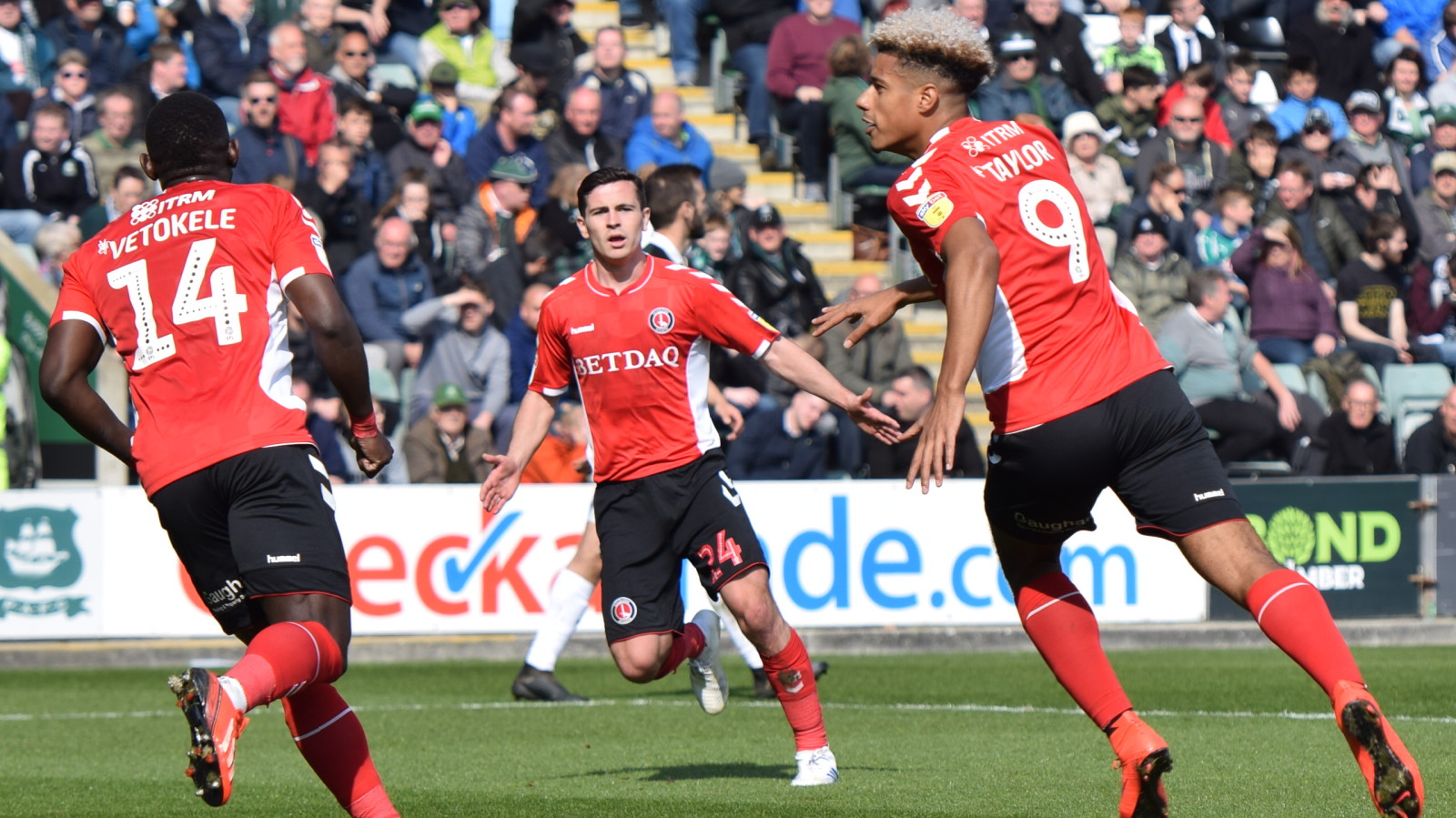 Charlton made it three victories in four Sky Bet League One matches by beating Plymouth Argyle at Home Park on Saturday afternoon.

Lyle Taylor’s 19th goal of the season broke the deadlock just before half-time, and only two minutes after Dillon Phillips had made a great penalty save from Graham Carey.

In truth, the Addicks were fortunate to go in ahead at the break and two minutes after the restart they doubled their lead when Igor Vetokele bundled home a low Jonny Williams cross.

From then onwards the visitors controlled the game and the result leaves them firmly in the play-off places and six points behind second-placed Barnsley.

In terms of team news, Lee Bowyer made two changes from the side that started last weekend’s win over Bradford City in SE7.

The first effort of note was Plymouth’s on eight minutes. Carey let fly with a low strike from 20 yards and Phillips got down well to palm it behind for a corner.

The hosts had enjoyed the majority of the play in the early stages and it took the Addicks until the 19th minute to muster their first effort on goal. When it arrived, it came via Taylor and his shot was well blocked by a man in green.

Plymouth’s Freddie Ladapo stung the palms of Phillips on the half-hour mark, having cut inside from the right flank, and the Charlton stopper was called into action again a couple of minutes later when he had to tip a thumping Carey strike over the bar.

Carey curled a 20-yard free-kick off target after the already-booked Patrick Bauer had been penalised for a foul on Ruben Lameiras and the latter then won his side a penalty.

He was tripped by Bielik inside the box but Phillips would still not be beaten as he stood tall to keep out Carey’s spot-kick.

Charlton made the penalty save count almost immediately. Solly got down the right flank and whipped in a delicious cross that Taylor powered home with a bullet header for his 19th goal of the season.

The goal had come well against the run of play but it ensured that the Addicks took a one-goal lead into the interval.

And they doubled their advantage two minutes into the second period. Some brilliant work on the left from Jonny Williams saw him beat his man before sending in a low cross that Vetokele bundled home from close range.

It was the perfect start to the half for Bowyer’s boys and they almost made it three on 55 minutes, with Williams and Joe Aribo both having shots punched clear by home stopper Matt Macey within seconds of each other.

An important block from Sarr kept the two-goal intact on 64 minutes and, moments later, Vetokele almost notched his second goal when he flicked a Taylor cross into the chest of home stopper Macey.

A lovely George Lapslie cross – his first touch of the ball after coming off the bench – was glanced just wide by the head of Taylor on 75 minutes.

The Addicks negotiated the final quarter-hour perfectly to secure another three points and move a little bit closer to the top-two in League One.