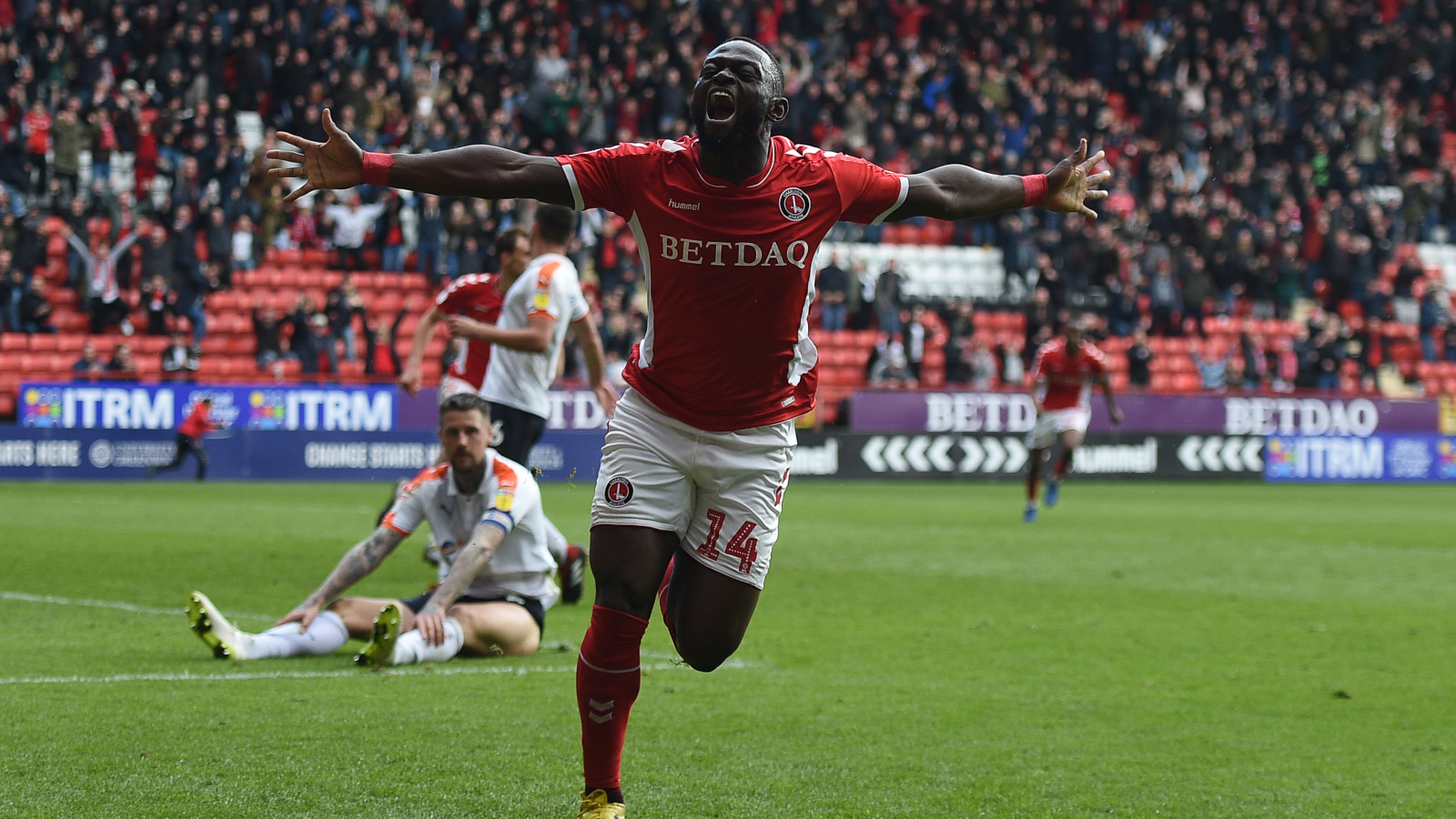 Igor Vetokele is full of confidence after helping his team towards a hugely-impressive 3-1 victory over league leaders Luton Town at The Valley on Saturday.

The Addicks came from a goal down to end the Hatters’ 28-game unbeaten run and extend Charlton’s own streak without a loss to 11 without Vetokele scoring the second and claiming the assist for Lyle Taylor to secure his brace with the third.

And with The Valley rocking from start to finish, the Angola international cited it as a potentially big moment in the Addicks’ season.

“It was pretty special,” he said.

“We were a goal down in the first half, but we gave everything in the second half, came back and won the game. It was a very good week for us and everyone is very happy with those nine points.

“We have a chance [for auromatic promotion] but we just have to focus on ourselves and try to win the remaining games and then we’ll see what happens.

“It gives us a massive boost and gives us confidence. It shows that we are capable of beating top teams and that’s what we’re going to have to do if we are going to get promotion.

“It’s not really in our hands, so all we have to do is win every game that’s left and that will put pressure on the other teams.

“Everyone is confident,” he added.

“We are a very good team and at home we have that little bit extra. When we have the fans behind us, we’re a difficult team to beat.”

It had been a frustrating campaign for Vetokele who had missed a large portion of the season after suffering a dislocated shoulder back in November. But recent performances have suggested that the 27-year-old is returning to the form that so impressed supporters when he first arrived in SE7 in the summer of 2014.

And the forward says he is enjoying his football more than he has for a long time.

“There have been moments that I have enjoyed here, especially that first month after I joined. But I’m also really enjoying my football now. I’ve had to come a long way after that shoulder injury and I just needed games to get back on the level where I wanted to be. I’m playing more games now so it’s easier to get to that level where I need to be.”