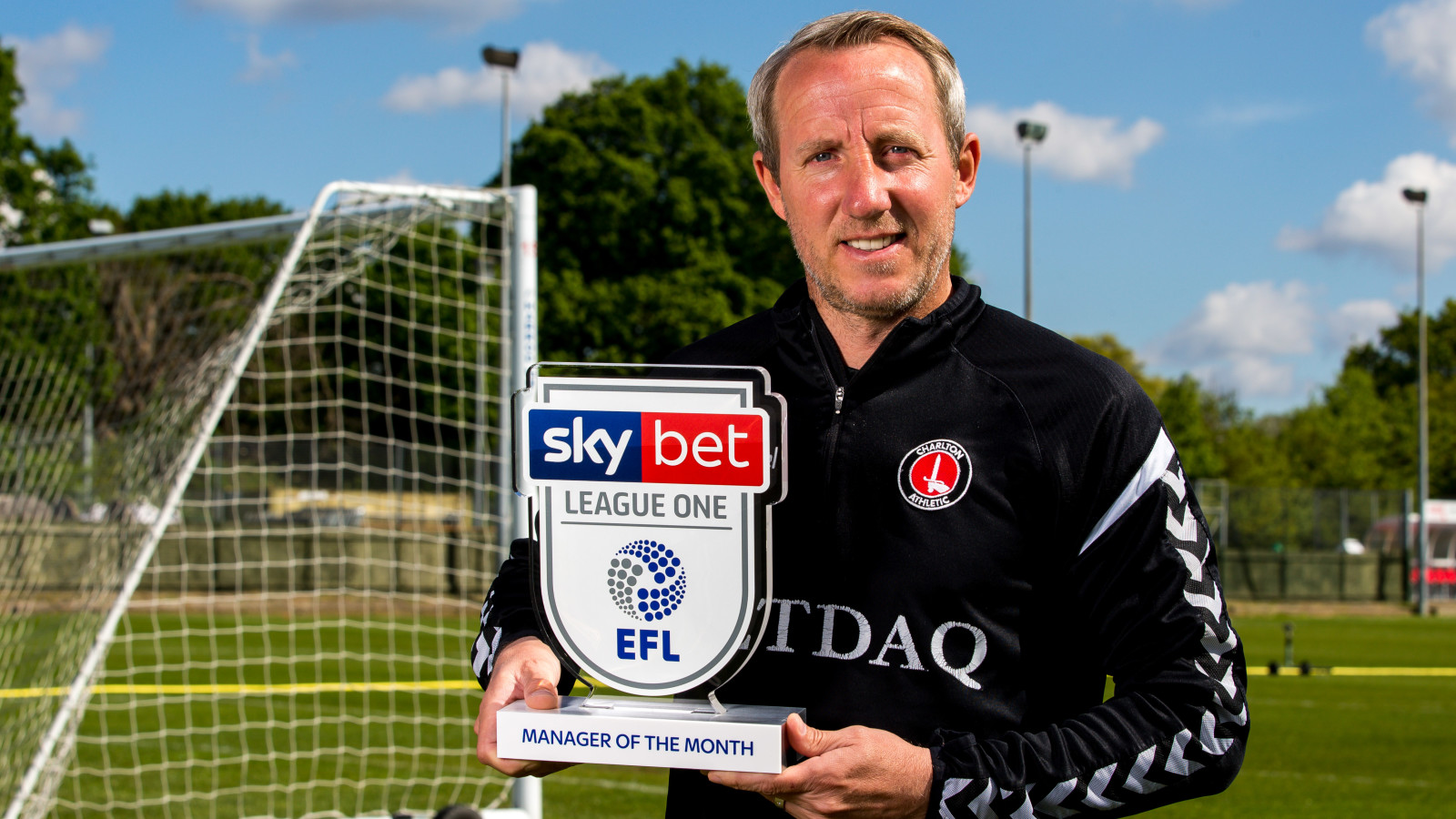 For the second time this season, Lee Bowyer has won the Sky Bet League One Manager of The Month award.

After winning the award in November, Bowyer has won the award again after his fifth nomination.

Bowyer was first nominated in September, before winning the award in November after overseeing a month of victories. He was then nominated for the accolade again in January and once again in March.

Going into the final few games of what has been an outstanding season for Charlton, Bowyer led his team to another impressive month, pushing the fight for automatic promotion all the way as the most in-form team in the league.

Wins against Plymouth Argyle, Wycombe Wanderers, table-toppers Luton Town, Scunthorpe United and Gillingham have ensured that the Addicks can still finish as high as third..

Bowyer beat off competition from Brian Barry-Murphy of Rochdale, Portsmouth’s Kenny Jacket and Barnsley Boss Daniel Stendel to win the final Manager of The Month award of the 2018/19 campaign.