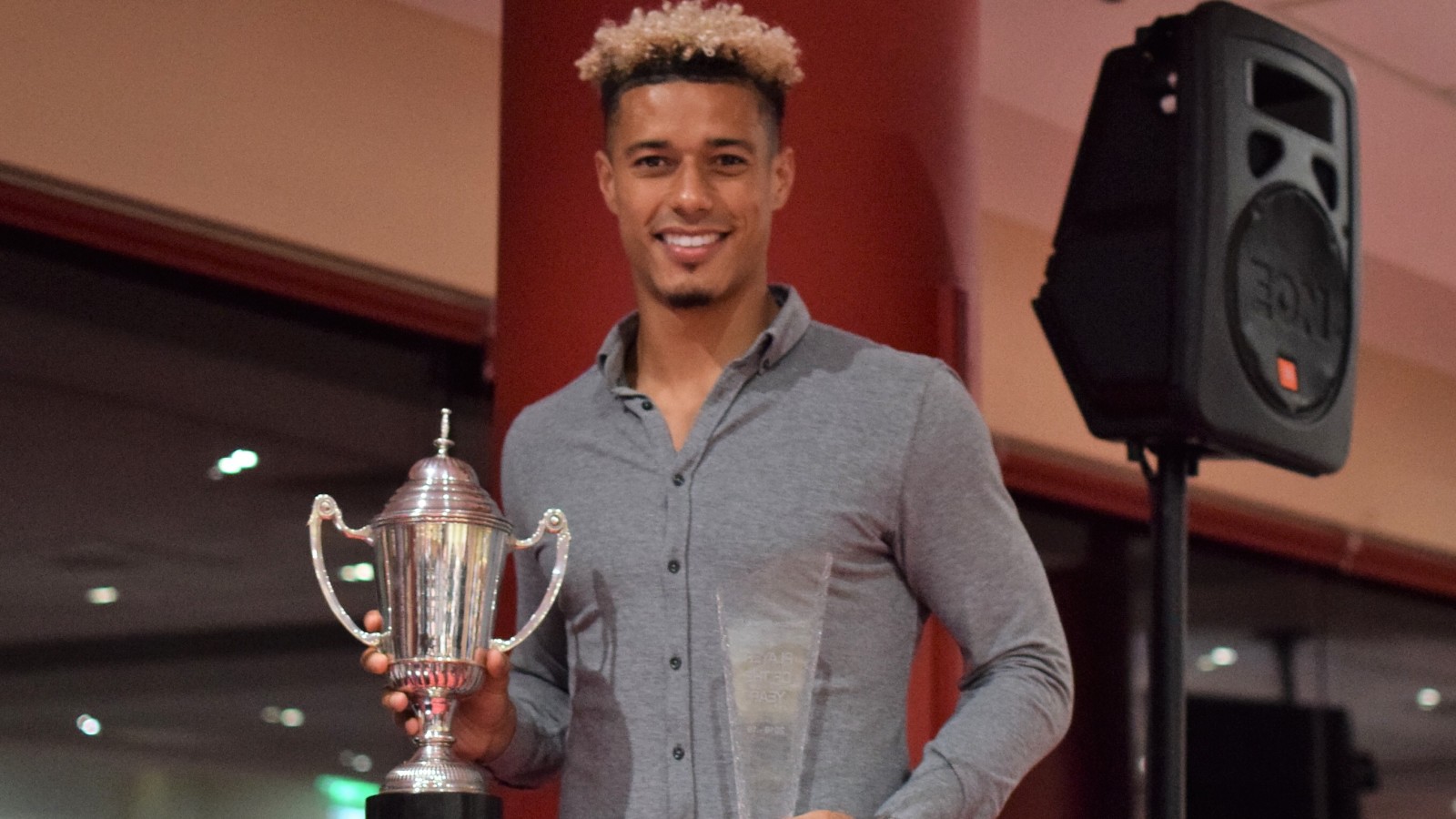 Lyle Taylor has been named Charlton's 2018/19 Player of the Year.

The striker has enjoyed a hugely impressive debut season at The Valley since arriving from AFC Wimbledon last June, netting 24 goals in 42 appearances in all competitions, including nine in his last 11 games as he gears up for the play-offs bang in form.

Taylor was presented with his trophy at Sunday evening's award event at The Valley and won with 52% of supporters votes, with Naby Sarr coming in second place and Josh Cullen in third.

Sarr's runner-up prize caps off a season in which he has become a firm fans' favourite having suffered a difficult first couple of years with the club. His 41 appearances this term have gone a huge way in helping Lee Bowyer's men in their promotion push and has chipped in with three goals in all competitions, including his memorable free-kick which proved vital in the away victory at AFC Wimbledon in February.

Cullen, meanwhile, sealed third place having caught the eye this term since joining on loan from West Ham United, despite suffering a dislocated shoulder in November which kept him out for more than two months.

His 29 outings has seen him be a vital cog of Bowyer's midfield and he opened his scoring account with the second in the 2-0 victory at Gillingham at the end of April.

Other awards dished out on Sunday evening saw George Lapslie claim the Young Player of the Year award having won the vote from Valley Gold members.

The 21-year old academy graduate has enjoyed a breakout year for the Addicks with 32 appearances under his belt this term, including a memorable man-of-the-match performance in the 2-1 victory of Portsmouth at Fratton Park in December which resulted in the midfielder receiving his first of two concussions in a matter of weeks.

Meanwhile, Liz Ejupi picked up the Women's team Player of the Year award with 29 per cent of supporters' votes after the striker netted 13 goals in her debut season as an Addick.

As usual, three more legends were inducted into the Hall of Fame. The pre-1950s category saw Norman Smith get voted in by just one vote. Mike Bailey is the latest entry for 1951-1980, while Paul Mortimer received the most votes for the 1980 to present day category.