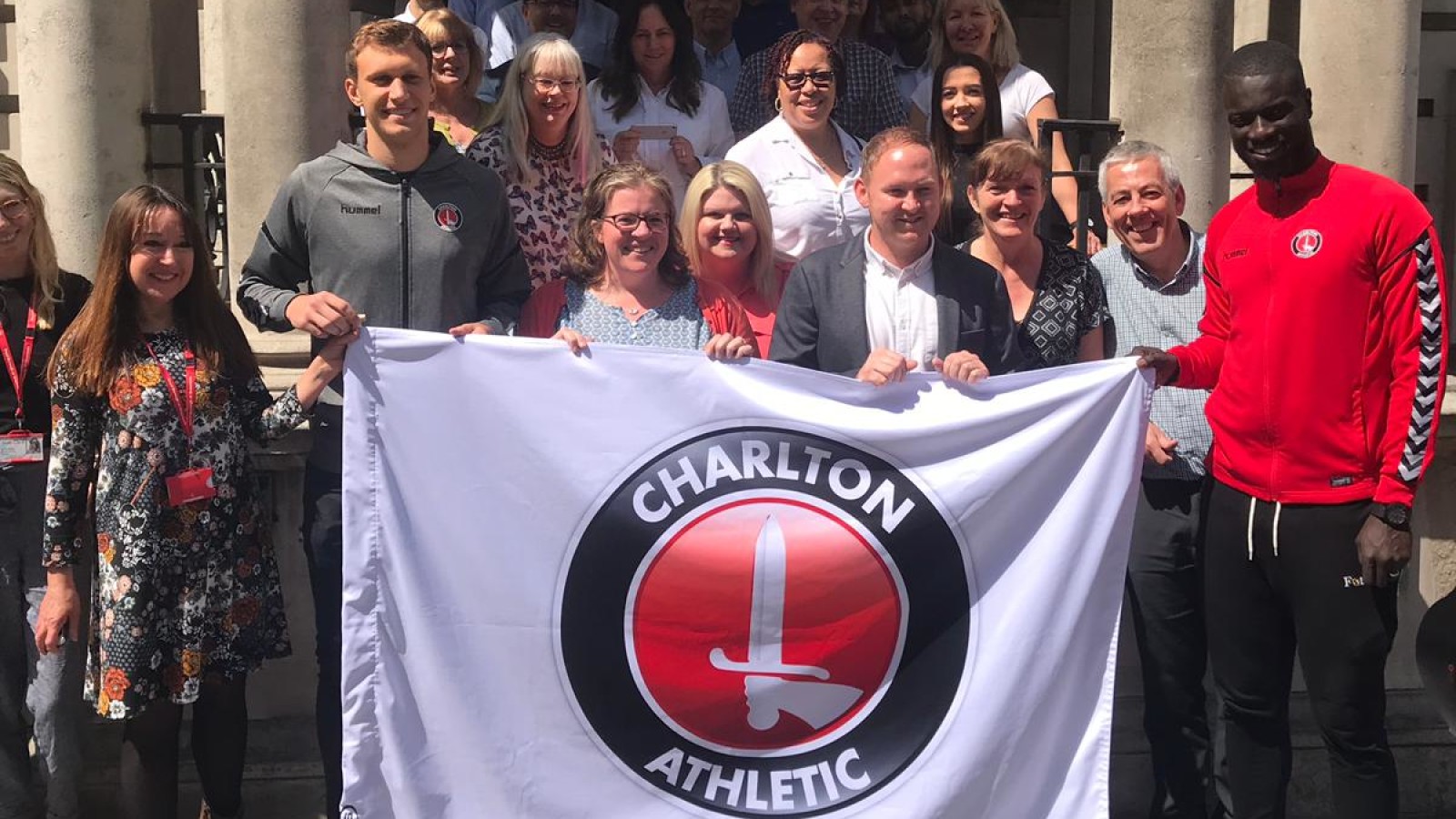 Ahead of Charlton’s play-off final date at Wembley, Charlton players Naby Sarr and Krystian Bielik made a trip to Greenwich Town Hall to raise the Charlton flag.

The players were met with fans and members of the local community who wished them well and will be cheering them on in the final.

Speaking at the event, Greenwich council leader Dan Thorpe spoke about how exciting it was to have Charlton at Wembley.

“Wherever you went in the borough on Friday night you could feel the atmosphere growing, and I think that because it’s Charlton vs Sunderland again it has got people excited for all those historical reasons," he explained.

"People absolutely love the club. Our borough has a huge connection to Charlton which has been going on for a long time. You can see from the streets outside here and the scenes that we saw at The Valley on Friday that everyone is totally behind these players and are hoping for a victory on Sunday!”

Thorpe also commented on the community feel that the club has striven to reform this campaign.

“Clearly the work of the manager and the whole team and everyone down at The Valley has done to bring the team forward and get to this point is absolutely amazing," he added.

"But, I think it goes beyond the game itself. The work that the Community Trust does with our community, people and schools means that that connection is there the whole time.

"People really see the value of the club and are clearly inspired by players like Krystian [Bielik] and Naby [Sarr], that really helps with the work that we’re doing with young people who are clearly all now rooting for a victory on Sunday!”