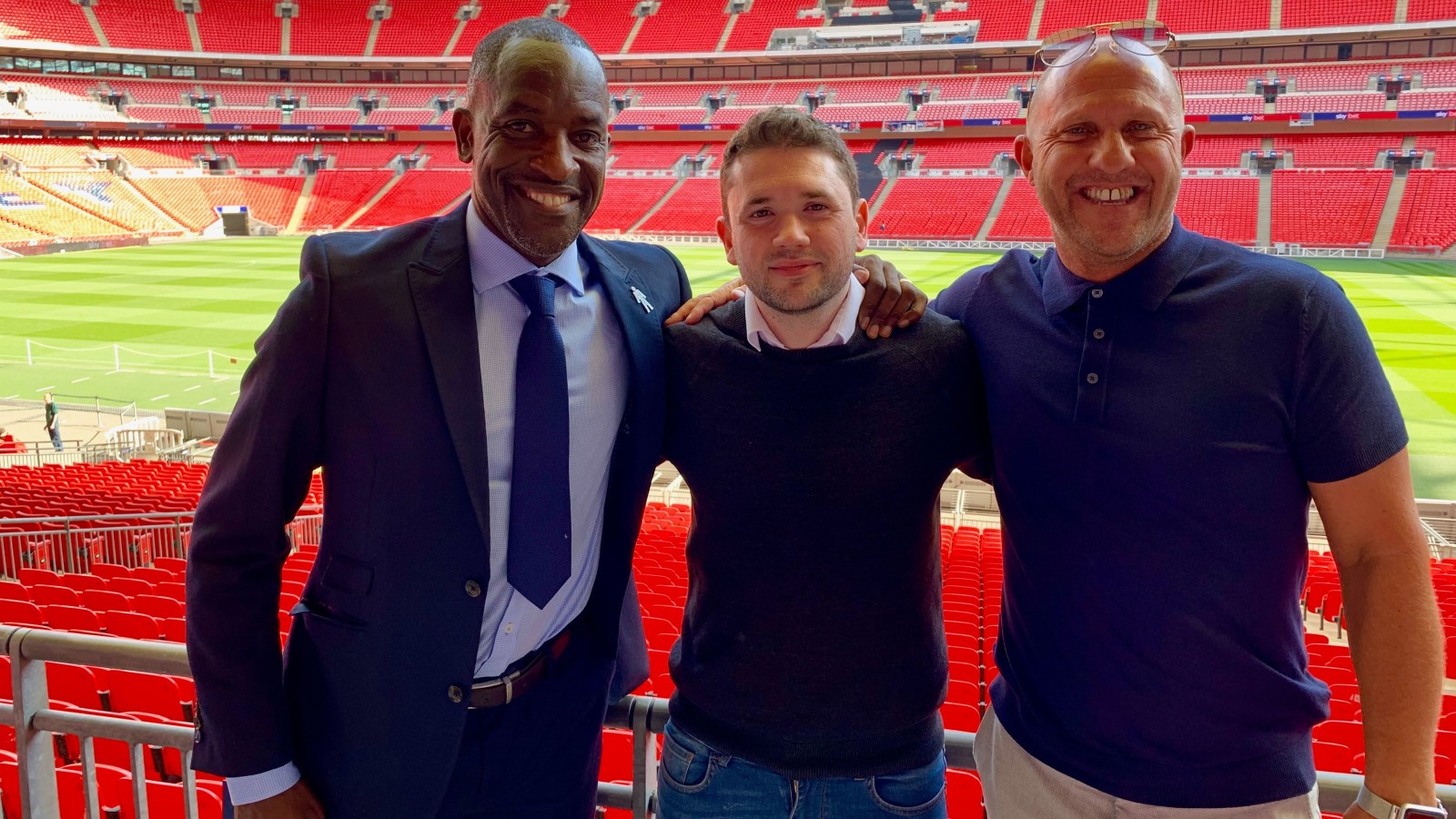 Supporters can get themselves in the mood for Sunday’s trip to Wembley in perfect fashion by watching ‘The Final Countdown: Charlton at Wembley’, a specially-produced preview show ahead of the big day.

The 90-minute long programme was filmed at Wembley Stadium and is available to watch on demand now for free on Valley Pass as well as the club’s YouTube and Facebook channels.

Presented by Club Journalist, Olly Groome, he is joined by Valley Pass commentators Terry Smith and Greg Stubley as they discuss the upcoming game against Sunderland and they are joined by some very special guests in the studio.

Addicks legend Chris Powell gives his thoughts on the game, as well as the season as a whole for Charlton, while John Robinson discusses his memories of the 1998 play-off final 21 years later.

Meanwhile, we get a rare glimpse of the other side of the coin, with Sunderland legend, and goalscorer on that day in the original Wembley clash, Niall Quinn, providing some insight from the opposition camp, both about what happened in ’98, as well as how he sees Sunday’s big match playing out.

There is also snippets from previous interviews with Alan Curbishley, Sasa Ilic, Mark Kinsella and Clive Mendonca, while Lee Bowyer speaks, looking ahead to Sunday.

Click on the video below to watch the full show on Valley Pass.