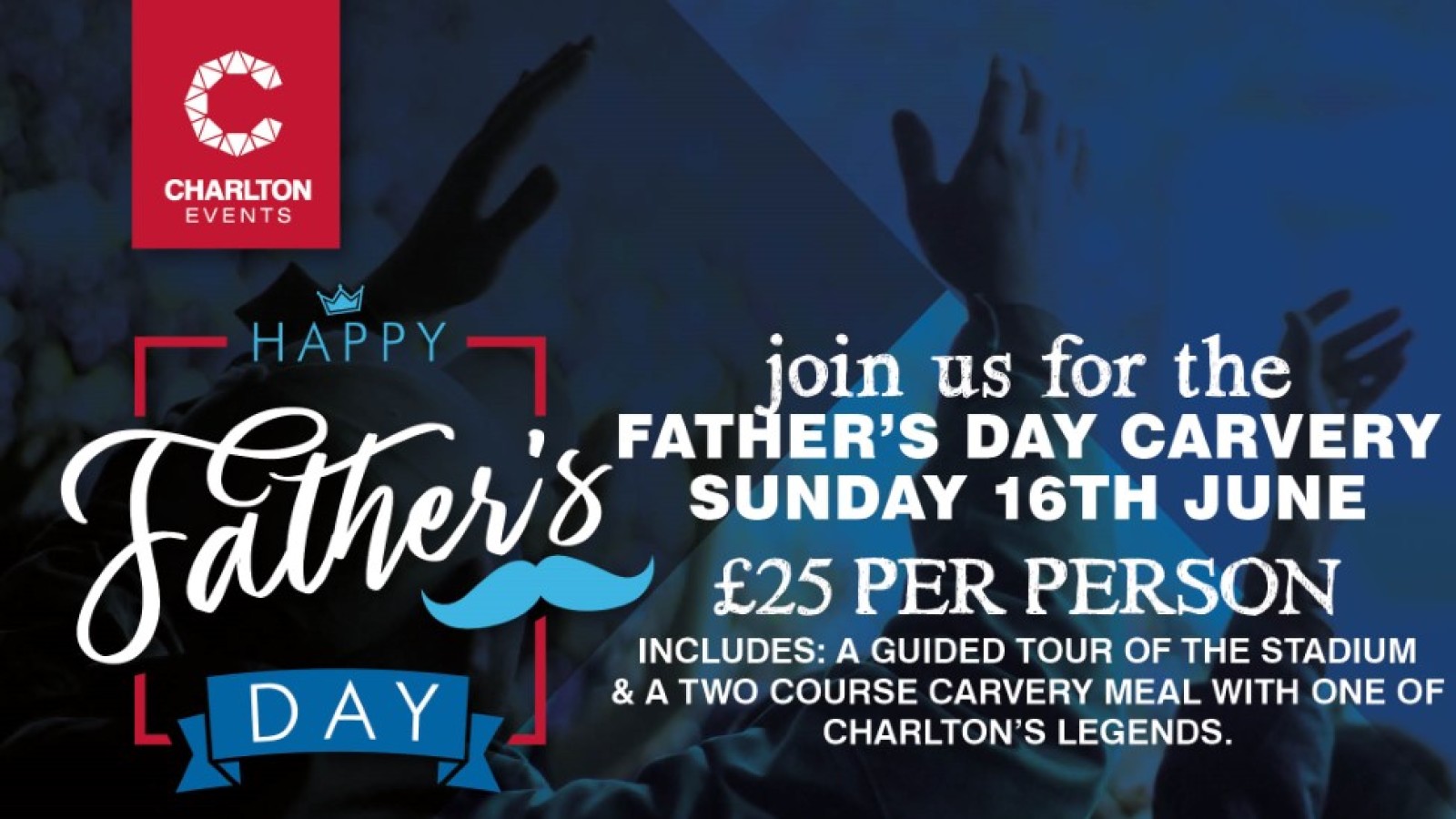 Today is the last day supporters can book their place at this years Father's Day meal at The Valley on Sunday, June 16th.

The day will include a hearty two-course meal as well as a guided tour of our famous ground from a Charlton legend.

Keith Peacock, Bob Bolder and John Humphrey will host supporters and will guide them on a tour of The Valley, complete with stories from their time donning the famous red and white. Plenty of photo opportunities will also be available throughout the day including a photo opportunity with the League One play-off final trophy!

Keith Peacock made over 500 appearances in South East London, surpassing any other outfield player for Charlton. In a playing career spanning across 3 decades, and more time behind the scenes in his assistant coach role for the Addicks, Keith Peacock is sure to have plenty of tales to tell.

Bob Bolder, who will also be attending the fathers day as a host, established himself as The Addicks' first choice goalkeeper for seven years. Playing in big games such as the play-off final against Leeds in 1987 and the first game back at The Valley in 1992...

Last but certainly not least, John Humphrey will also be hosting supporters on their tour of The Valley. John Humphrey made over 200 senior appearances for the Addicks over the course of two spells in SE7. He will no doubt have plenty of stories to tell of the clubs spells at Upton Park and Selhurst Park as well as The Valley after Charlton returned home.

At £25 per person (For kids under 12 - £12.50), tickets for the event are still available and supporters wishing to treat their Father to an unforgettable experience can purchase them by clicking here.

Supporters can also book their place or find out more information by calling: 0208 333 4040