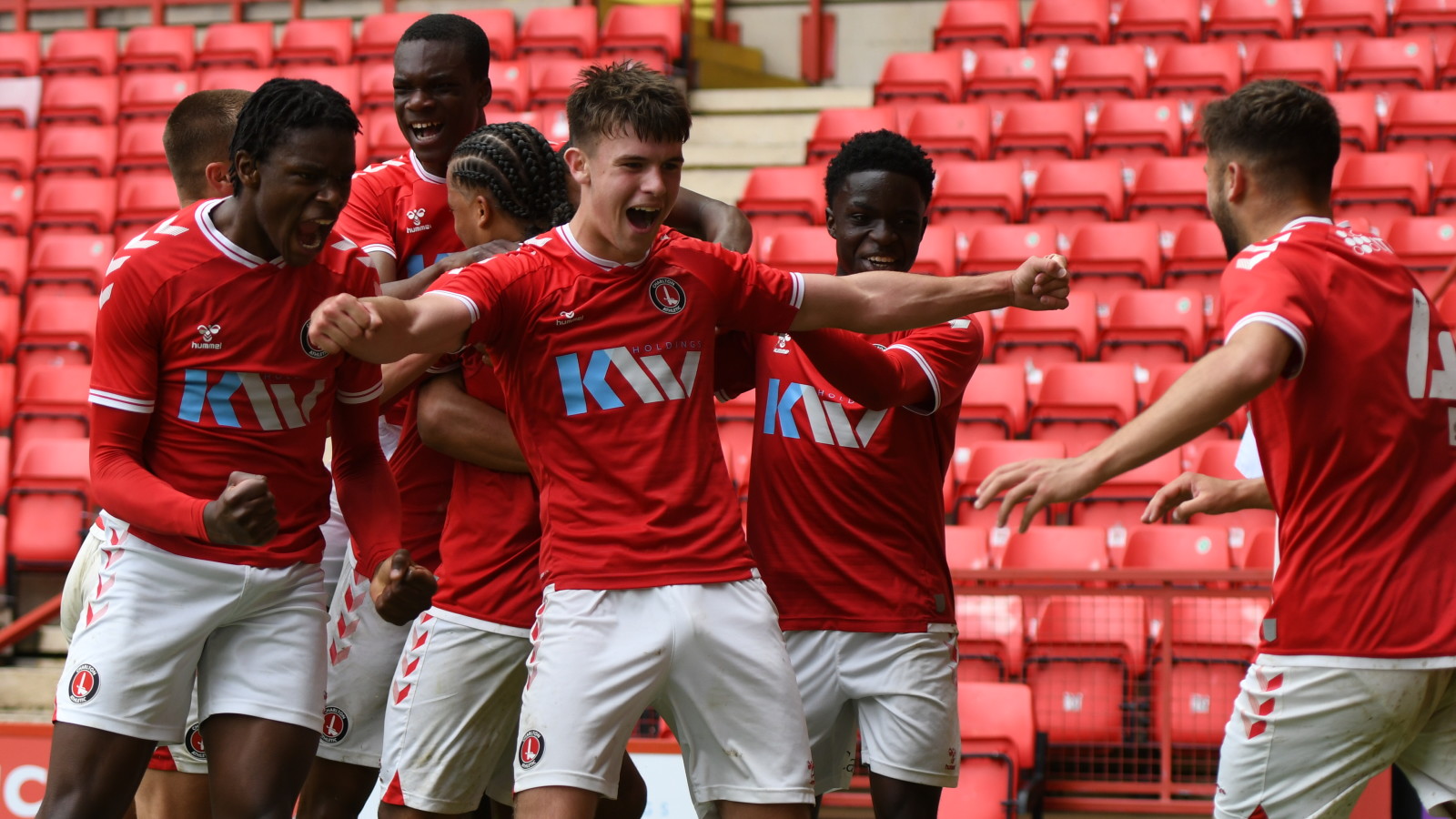 Charlton’s U18s booked their place in the Professional Development League 2 play-off final in hugely dramatic fashion at The Valley on Saturday afternoon.

The Addicks looked as if they were sailing into the final with five minutes to play, enjoying a healthy two-goal lead thanks to strikes from Aaron Henry and Mason Burstow.

But two Birmingham City goals in the last five minutes seemingly denied the hosts victory. But with extra-time looming, Burstow hit a winner in the third minute of injury time to secure a memorable passage into next week’s final.

The young Addicks were so close to opening the scoring with five minutes on the clock when Charlie Barker did excellently to throw his head at a deep corner delivery. It looked as if the ball was in with the keeper beaten, only for a blue shirt to hack the ball away, with the entirety of the ball not over the line. 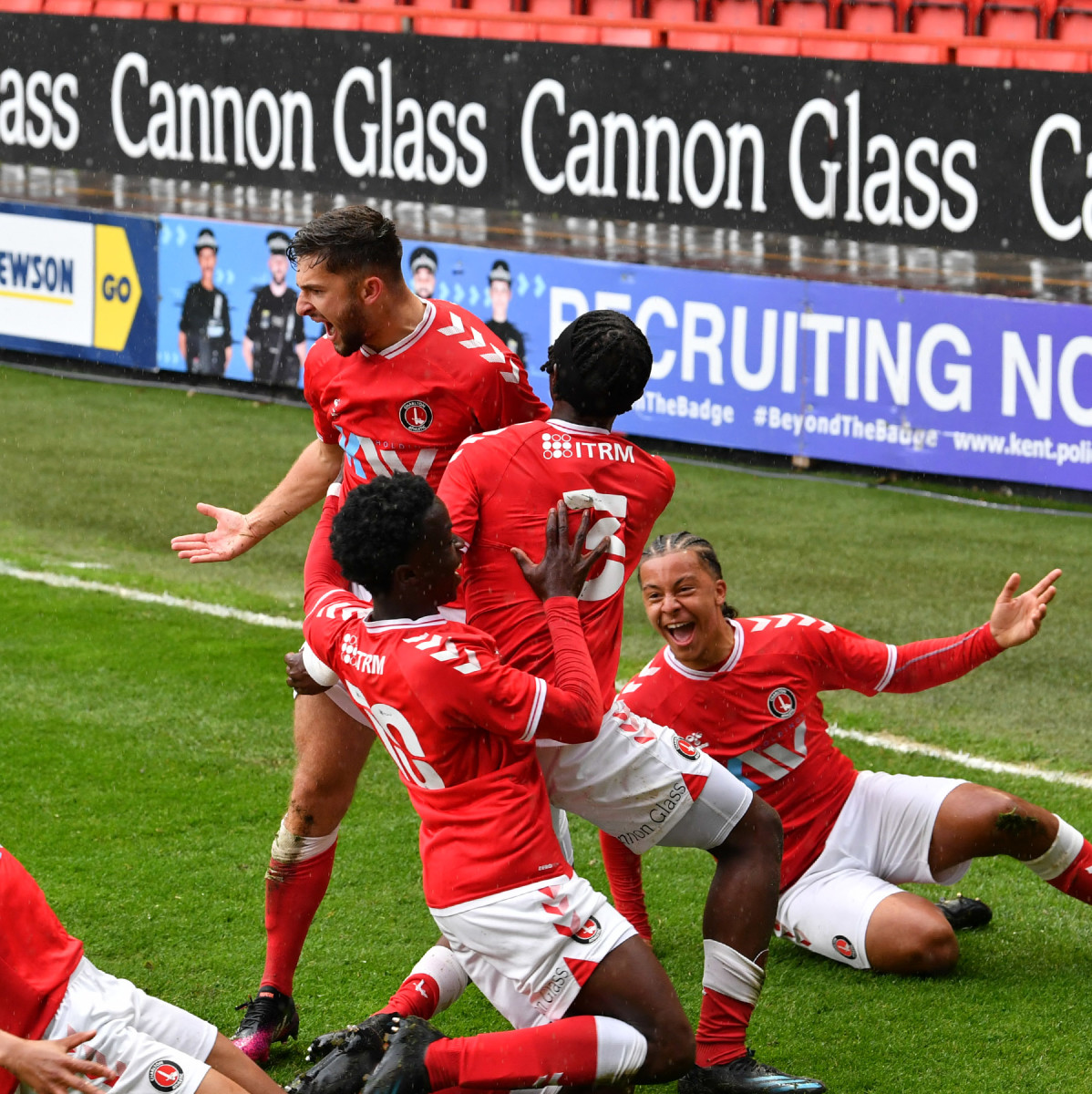 Four minutes later, Charlton did take the lead. Tyreece Campbell teed up Henry some 25 yards from goal and the midfielder hit a crisp, powerful effort which arrowed straight into the bottom corner, under the grasp of the keeper who was unable to deal with the power behind the shot.

At the other end, lifelong Charlton fan James Beadle was called into action to make a superb save one-on-one after Rico Patterson had danced his way through the box. With just the keeper to beat, Beadle won a battle of wits to get down to his right to keep him out.

The Blues had a great opportunity to level matters early in the second half, but they were thwarted by some brilliant, last-ditch defending, with red shirts throwing their bodies in front of the ball when the visitors looked certain to score from close range.

Despite that early scare, the Addicks began to gain control and doubled their lead deservedly with 19 minutes to go. An excellent passing move resulted in Jason Adigun squaring to Burstow who poked home his side’s seconds. 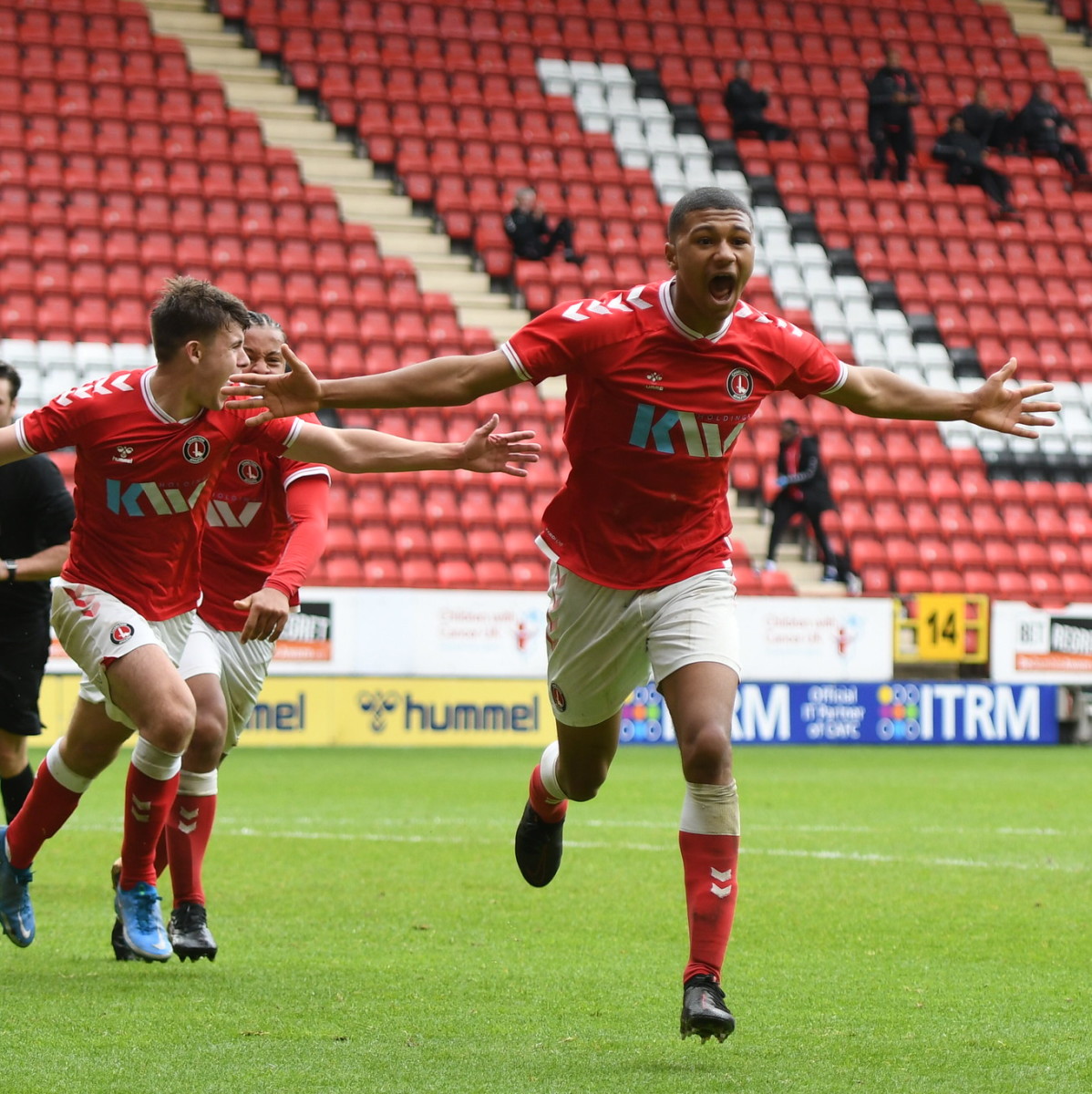 With five minutes left, however, the Blues set up a nervy end by pulling a goal back from the penalty spot. Nathan Asiimwe hauled down Kieran Wakefield in the box and the Birmingham number nine dusted himself off to tuck away his spot-kick.

And as the clock ticked over to the 90th minute, Wakefield would strike again to leave Charlton frustrated.

A ball in from the left saw him smash home an equaliser and the Addicks had squandered their healthy lead. 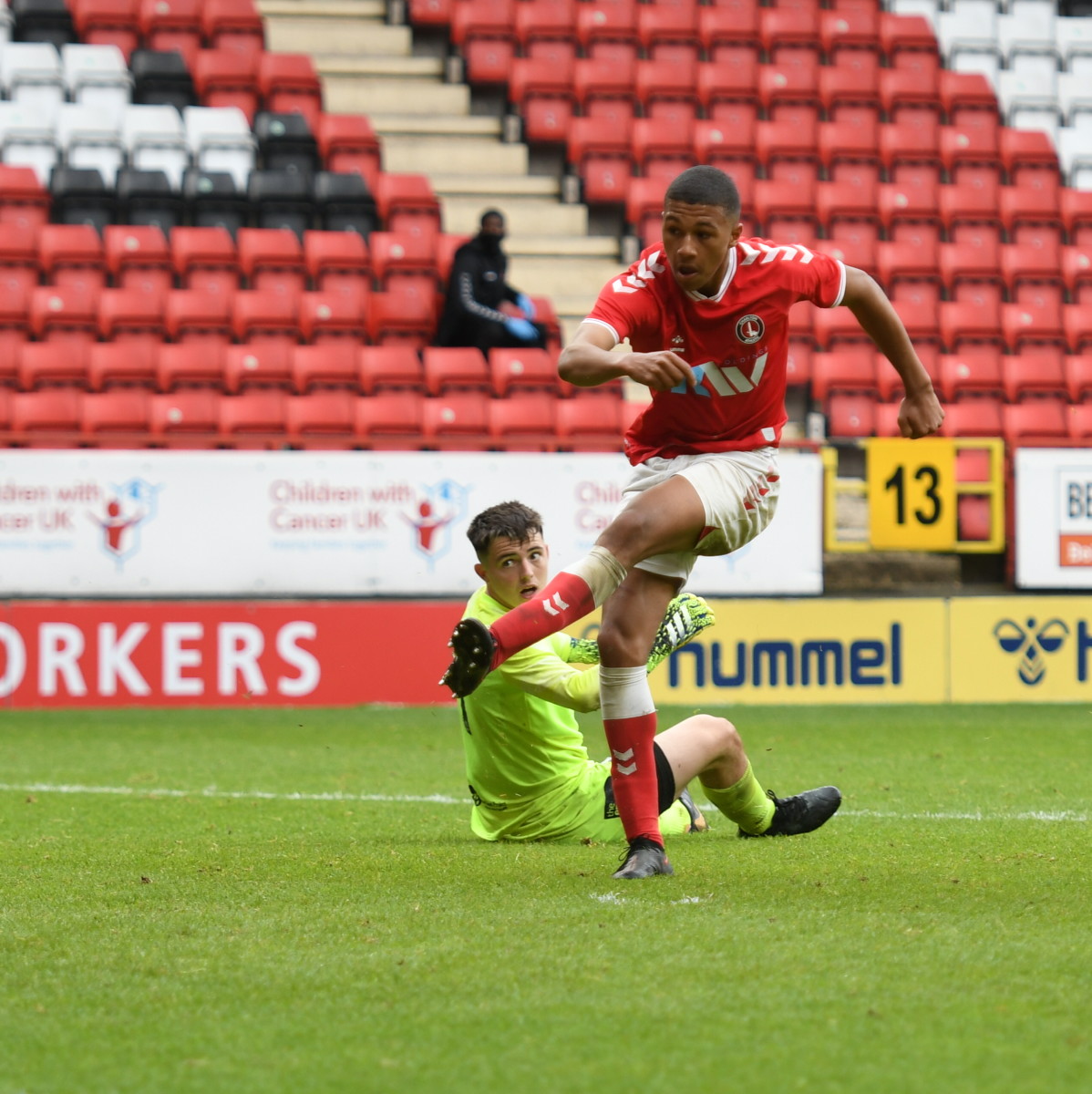 Or so it seemed. The best of the drama was still to come and Charlton were not ready to lie down. In the first minute of injury-time, Adigun and Burstow combined again, with Burstow rounding the keeper and eventually finishing into an empty net to spark wild scenes of celebration.

The victory means that the young Addicks will now take on Wigan Athletic in the play-off final for the right to be crowned national champions.