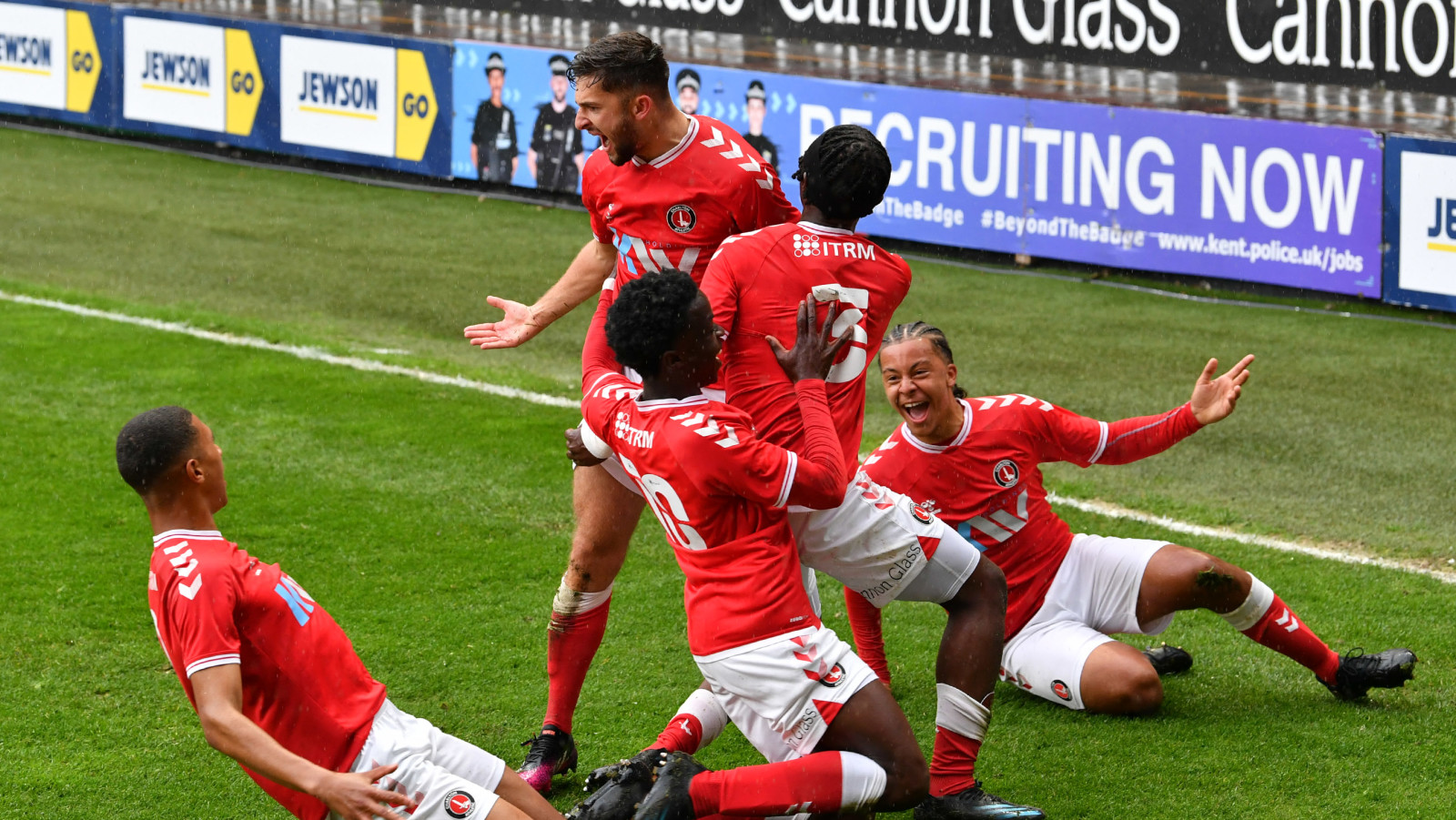 Charlton U18s duo Aaron Henry and Tyreece Campbell are itching to get back to The Valley on Friday evening when the young Addicks take on Wigan Athletic in the PDL2 national play-off final.

Campbell’s lay-off was sweetly struck by Henry to open the scoring in SE7 during last weekend’s semi-final against Birmingham City, before Mason Burstow struck twice to book the winner-takes-all showdown with the Latics.

“It was my first time playing at The Valley [last weekend],” explained Campbell. “To win like that was very good.”

Henry added: “As a team we’re really looking forward to this game. We’ve had one over them already this season so I think going to The Valley on Friday should be interesting.”

As the midfielder alluded to, Charlton’s previous encounter with Wigan was a profitable one as Anthony Hayes’ side ran out 4-3 winners, irrespective of a numerical disadvantage, with both players getting on the scoresheet in what has been an incredible season for the young Addicks.

“It will be good,” says Campbell. “Last time, it was quite hard with 10 men but we did well in the end, so hopefully we’ll do it again. They like to get the ball out wide and cross a lot so we need to work on how to stop that. When we get on the ball, we need to take our chances.

“This season has been one of my best. Steve [Avory] and Anthony [Hayes] have helped me develop a lot as a player and I’ve scored a lot more goals.”

Henry, who joined the Addicks as an under-10, has enjoyed yet another stellar campaign, culminating with the 17-year-old earning his first professional contract last October. The midfield technician starred in three EFL Trophy outings this season, and was nominated for Valley Gold’s Young Player of the Year alongside fellow academy graduates Charlie Barker and eventual winner Albie Morgan.

Henry said: “I think it’s been positive. Obviously I’ve spent most of my time with the under 23s [this season] and have come back for the FA Youth Cup and a few league games when I needed minutes, so it’s been great.

"The exposure within the first team at the start of the season was great for me as well as Charlie [Barker] and obviously signing my first professional contract is massive for me and my family. I’m really looking forward to this last game and we’ll go from there.”

“It’s great for us young players,” adds Henry of Nigel Adkins and Thomas Sandgaard’s ambition to exploit the Addicks’ esteemed academy. “Nigel’s highlighted how there’s a pathway here so I’m really excited for next season, hopefully having an impact and hopefully I’ll get to play in front of the fans again.”