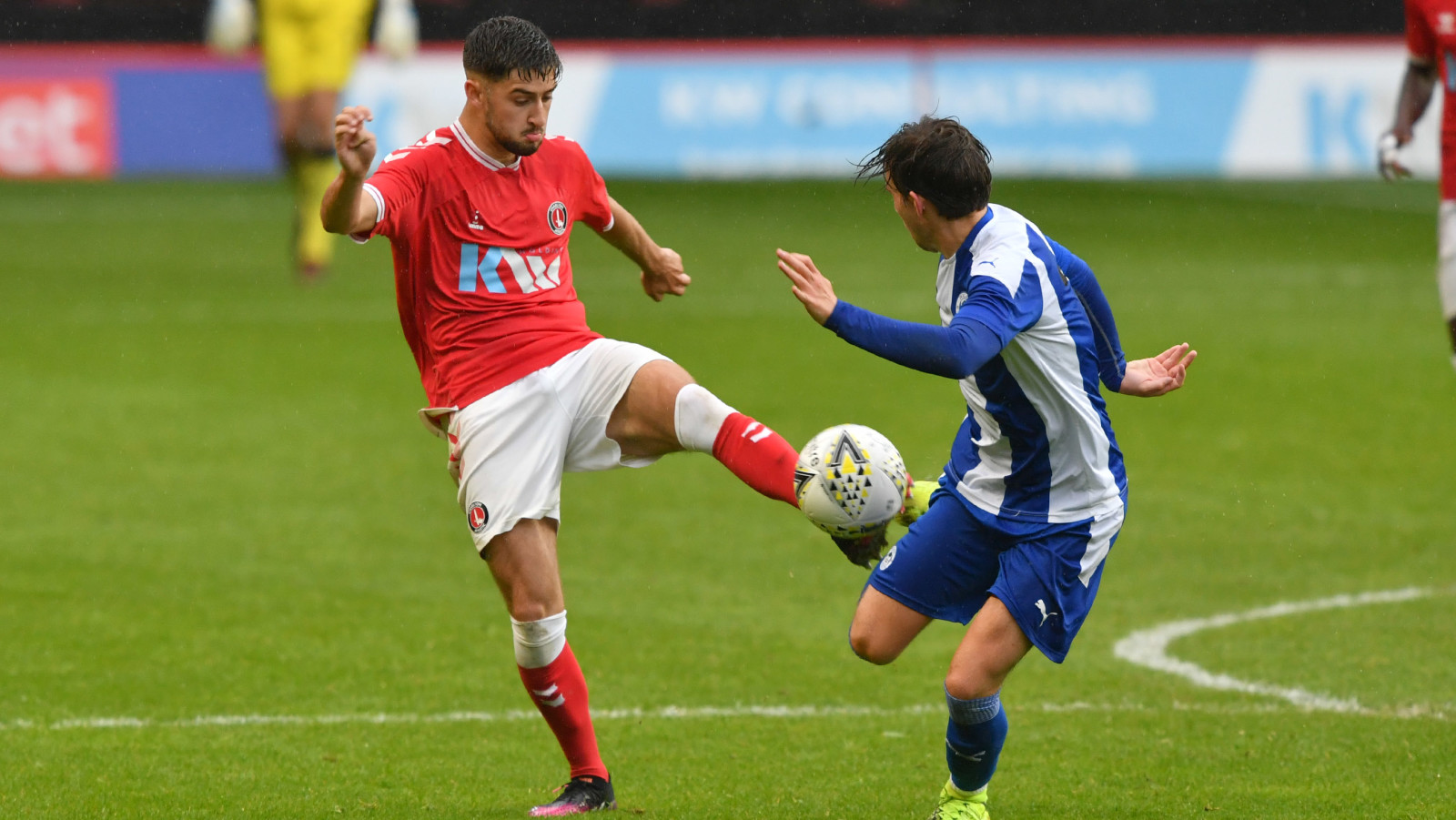 Goals either side of half-time saw Charlton U18s fall to defeat at the hands of Wigan Athletic in the Professional Development League 2 play-off final at The Valley.

The game saw the return of matchday fans as Charlton supporters were in fine voice, supporting the young Addicks.

Jason Fulton opened the scoring for the visitors on the sixth minute before Millen Brown got on the scoresheet in the second half to leave the Addicks disappointed.

Wigan showed early on their danger from set pieces, crowding Beadle as they put five or six bodies within the six-yard box from corners and despite starting positive, the young Addicks found themselves behind on the sixth minute from a corner routine. Sean McGurk combined with Brown on the right-hand side of the box, Brown’s low strike was matched by James Beadle in the Charlton net, turning the ball behind for a corner kick. The resulting corner was only cleared as far as Fulton on the edge of the Charlton area, who took the ball down on his chest before striking a fierce right footed volley past the helpless Beadle.

With a quarter of the first half gone, Watson produced a fine save to keep Wigan in front. Ryan Viggars burst onto the ball on the edge of the area to lay off the ball to Kai Garande on the left. The full back curled a first time right footed shot which looked destined for the back of the net, however Watson pulled off a fantastic acrobatic save to keep Charlton out.

Five minutes later, Watson produced another fine save. This time from Viggars as Jeremy Santos picked out the striker’s run with a perfectly measured chipped through ball. The striker did well to take the ball past the goalkeeper onto the left-hand side of the box, but a fantastic recovery saw Watson produce a fine save to deny Viggars.

As the Addicks pushed forward, the game became more of an end-to-end affair with Wigan hitting on the counterattack. Castello broke down the right-hand side for the visitors and found space in the Charlton box before playing a pass along the six-yard box to Brown, who saw his shot rebound off the post.

Despite the Addicks’ positive play, the young side went into the break a goal behind.

Charlton came out the more positive of the two sides early in the second half as the ball fell to Jason Adigun on the edge of the box and the midfielder’s powerful low shot was palmed out of danger by Watson.

With 55 minutes gone, Aaron Henry picked the ball up in the centre of the park before nutmegging a Wigan midfielder and unleashing a pass to Charlie Barker. The right back produced a fantastic bit of skill to beat his man before cutting the ball back to Viggers on the edge of the six-yard box, however the striker just got under the ball and sent his shot over the bar.

The Latics had a golden chance to double their lead with 20 minutes remaining as Kieran Lloyd ran down Charlton’s left-hand side. His cross into the box found Sze, whose acrobatic volley didn’t manage to find the target and the Addicks were let off.

However, the visitors did end up extending their lead just moments later. The Addicks failed to clear their lines from a corner and the ball fell to Brown in the six-yard box. The striker fired a low shot through bodies and past Beadle leaving Charlton with it all to do.

Attacking changes saw the introduction of Nathan Asiimwe, Zach Mitchell and Miles Leaburn but the young Addicks could not mount a comeback as they fell to defeat in front of the fans at The Valley.