All you need to know ahead of Thursday’s #FixtureReleaseDay 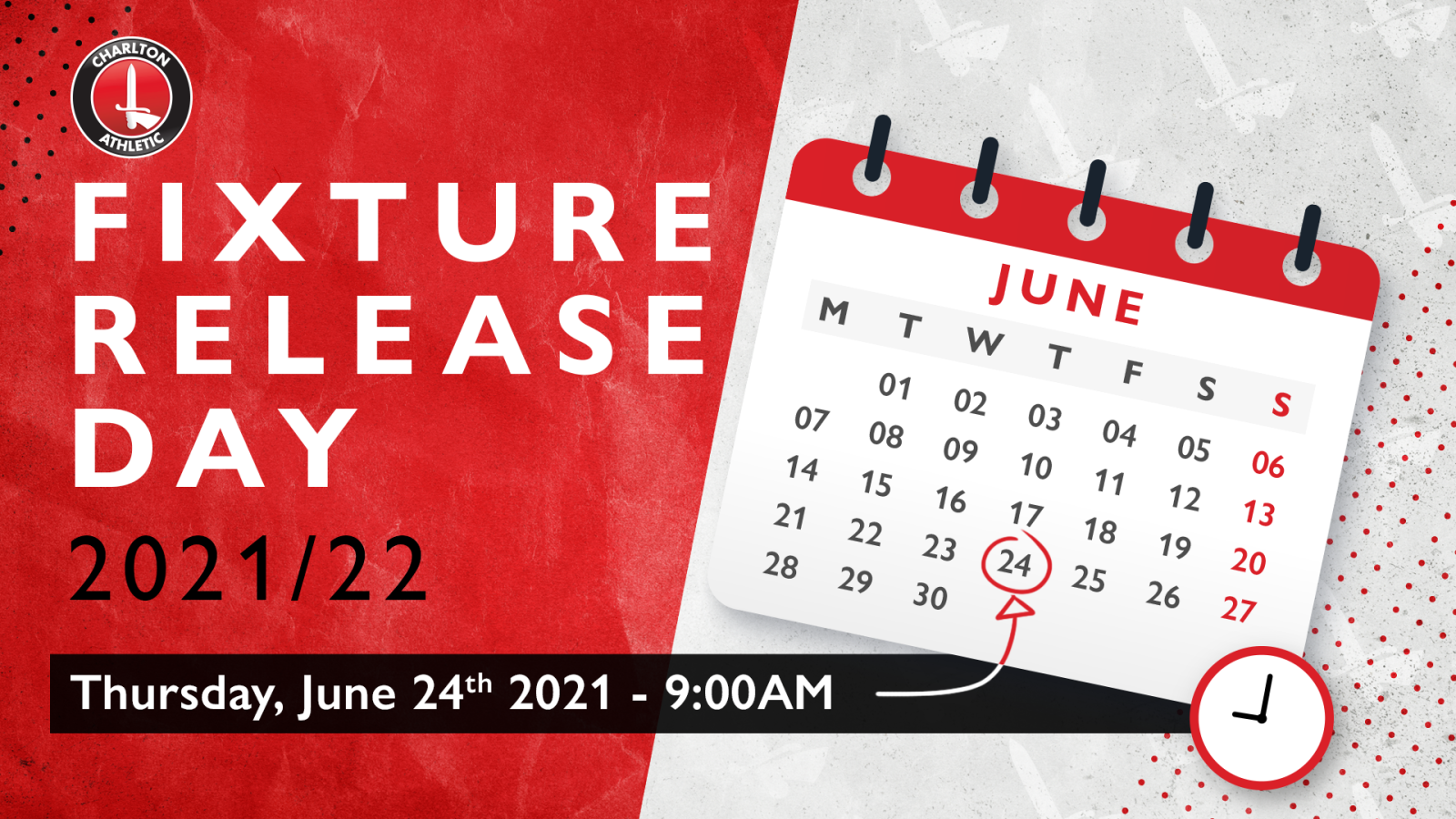 Charlton supporters will be able to start making plans for next season’s home and away trips at 9am on Thursday, when Nigel Adkins’ side receive their 2021/22 fixture list.

The Addicks’ schedule will be available to view in full on www.cafc.co.uk and across the club’s social media channels, with the opening day of the Sky Bet League One campaign set for the weekend of Saturday, August 7th.

Charlton’s furthest league outing in 2021/22 will see them head north to Wearside to take on Sunderland, while there are also two London derbies against AFC Wimbledon for supporters to relish.

If away supporters are permitted to attend games next season, Addicks fans who follow their team to all 23 away league matches will rack up 7,368 miles (distance based on journeys starting at The Valley). Within those 23 matches will be first-time trips to Morecambe’s Mazuma Stadium and AFC Wimbledon's new Plough Lane.

As well as the away days, there will be 23 home league games in SE7, and fans can secure their chosen seat at each and every one of them by purchasing a 2021/22 season ticket. Click here to get your season ticket and join 8,500 Charlton fans at The Valley.

When will Charlton’s fixtures be released?

The club will receive its fixtures list on Thursday morning, with fans able to view it from 9am.

Charlton supporters will be able to view the club’s new fixture list in full on www.cafc.co.uk and across all of the club’s social media channels.

When will match tickets for individual games go on sale?

The club are awaiting guidance from the EFL as to how many supporters will be permitted to attend games from the beginning of next season. Once this becomes clearer then match-to-match ticketing information will be communicated.

When is the draw for the first round of the Carabao Cup?

The draw for the first round of the Carabao Cup will also take place on Thursday, June 24th. The draw will be shown live on Sky Sports and is set to get underway at approximately 3.40pm BST. The first-round ties will take place on the week commencing Monday, August 9th.

When is the draw for the EFL Trophy group stage?

Like the Carabao Cup, the EFL Trophy group stage draw will take place on Thursday too. The draw will be shown live on Sky Sports and will get underway immediately after the Carabao Cup draw. It is expected to start at approximately 4.30pm BST.