Jake Forster-Caskey signs a new contract with the Addicks 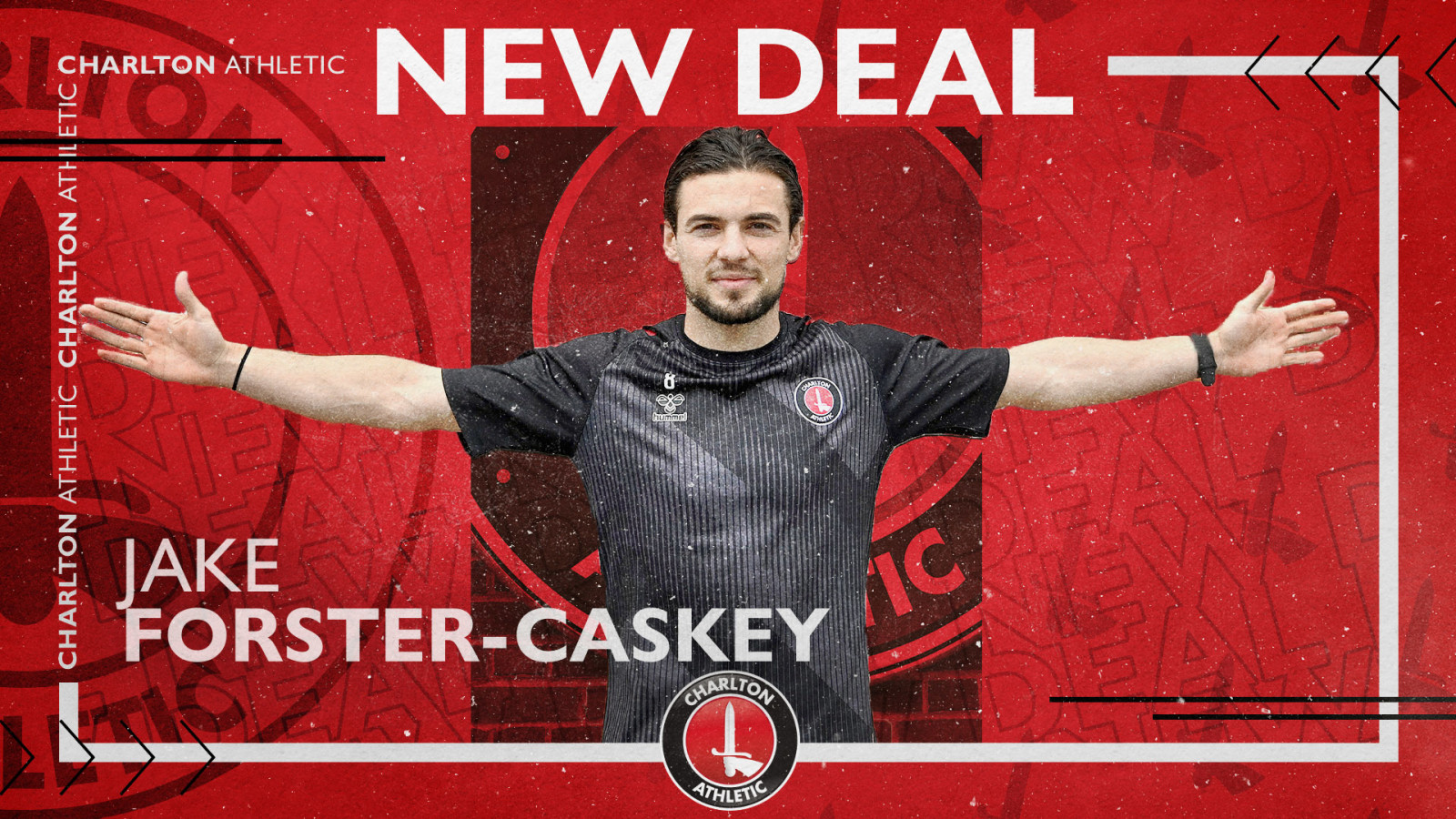 Charlton Athletic are pleased to confirm that Jake Forster-Caskey has signed a new contract with the Addicks.

The 27-year-old has played 111 games for the club since joining Charlton in January 2017 and has signed a one-year deal that includes the option of a second year.

The midfielder, who was named the club’s Player of the Year in the 2020/21 season, suffered an ACL injury in the Addicks' penultimate game of last season.

He said: “I’m thankful that the club have looked after me and fully supported me, I just need to put everything into the rehab now and then be excited about coming back and then helping as much as I can, when I am back.

“I feel like Charlton is a home from home, I feel very comfortable here. Obviously I know all the staff, all the players. I feel like I’m a good person to have around the place, which the gaffer feels is very important as well.

“We’ve got new boys coming in and they’re settling in really well, so I want to help out as much as I can around the place. I’m going to be doing some coaching with the younger age groups, whilst rehabbing, so I won’t be sitting around too long. Hopefully I can come back and make a real influence on next season.”

Manager Nigel Adkins said: “I’m really pleased that Jake has signed a new contract and that the club are supporting him following his injury. It highlights that as a club we want to look after our own players.

“I’ve been really impressed with Jake’s professional attitude and his focus on his rehabilitation. He is a great example for some of our younger players. He is an integral part of what we are trying to achieve at the football club, so I am delighted he’s now got the security of a new contract.”

Owner Thomas Sandgaard met Forster-Caskey at the club’s training ground on Monday. He said: “Jake was outstanding for us last season, so I’m really pleased he’s signed a new contract with the club. I’m looking forward to seeing him back playing at The Valley.”