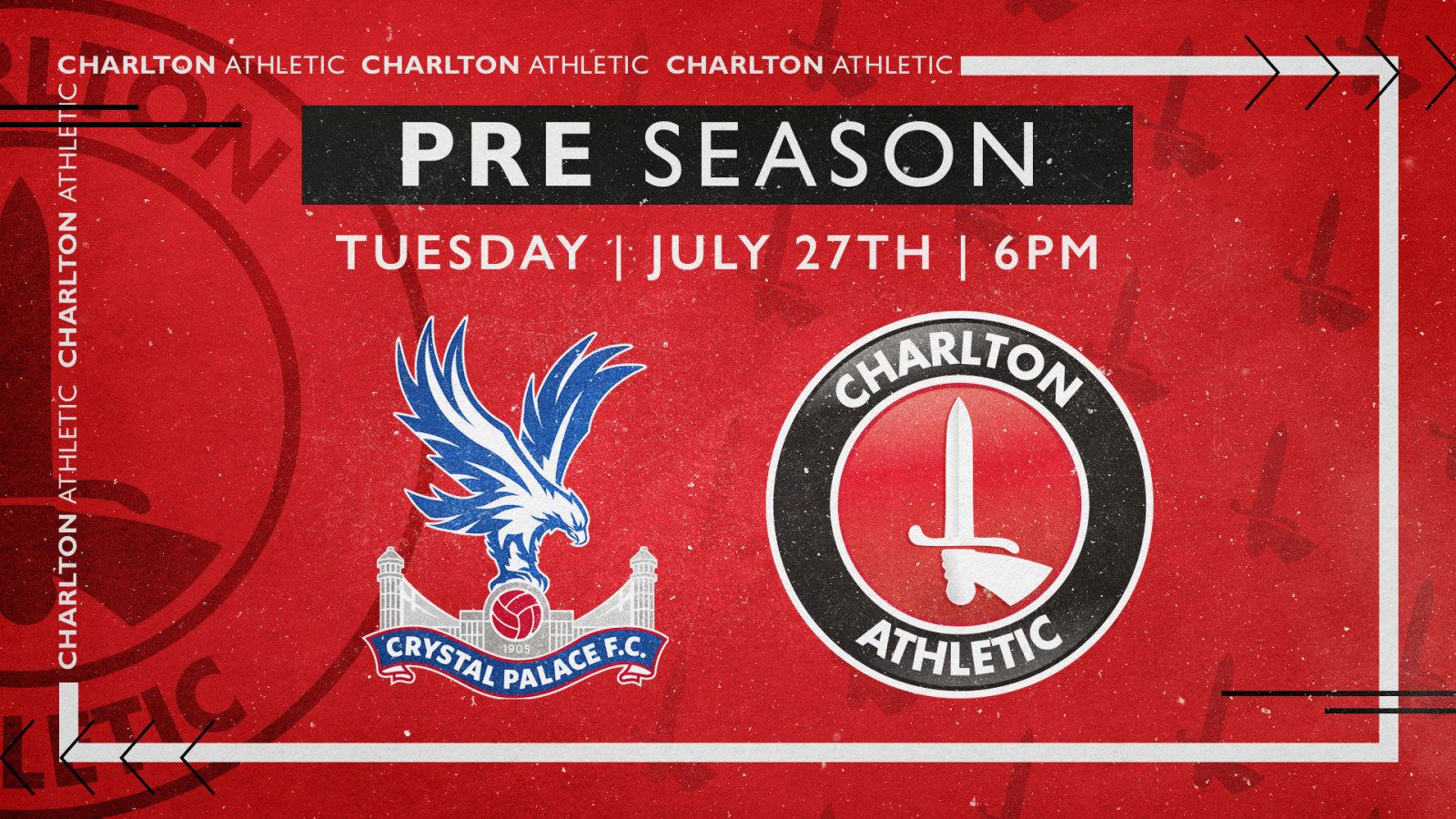 Charlton's pre-season friendly against Crystal Palace at Selhurst Park on Tuesday, July 27th will now kick off at 6pm with no away fans permitted to attend.

Nigel Adkins will take his Addicks squad across south London for the clash against the Eagles as part of their pre-season preparation ahead of the 2021/22 season and the only place for Charlton fans to watch the game is on CharltonTV.

With the game having originally been scheduled for 7pm, with both clubs having liaised with the relevant authorities, and recognising the time available to arrange seating arrangements under any new protocols, it has been agreed that only Crystal Palace supporters will be permitted to attend the match.

CharltonTV subscribers will be able to watch all of the Addicks' first-team pre-season fixtures live during the summer with matches against Celtic, Dartford and Reading also arranged.

Annual and monthly subscribers will receive access to live streaming for all of the friendly matches.

A CharltonTV annual pass is priced at just £60 and provides unlimited access to all of CharltonTV’s non-live content, as well as live audio commentary of all first-team matches, for 12 months.

A CharltonTV monthly pass also provides unlimited access to all of CharltonTV’s non-live content, as well as live audio commentary of all first-team matches, and is priced at just £6.50 per month.

Due to EFL regulations, the above two subscriptions – which are available to purchase worldwide – do NOT include the live video streaming of league, cup or play-off matches but DO include pre-season matches.

Click here to purchase your CharltonTV subscription and watch ALL of the Addicks' pre-season fixtures.