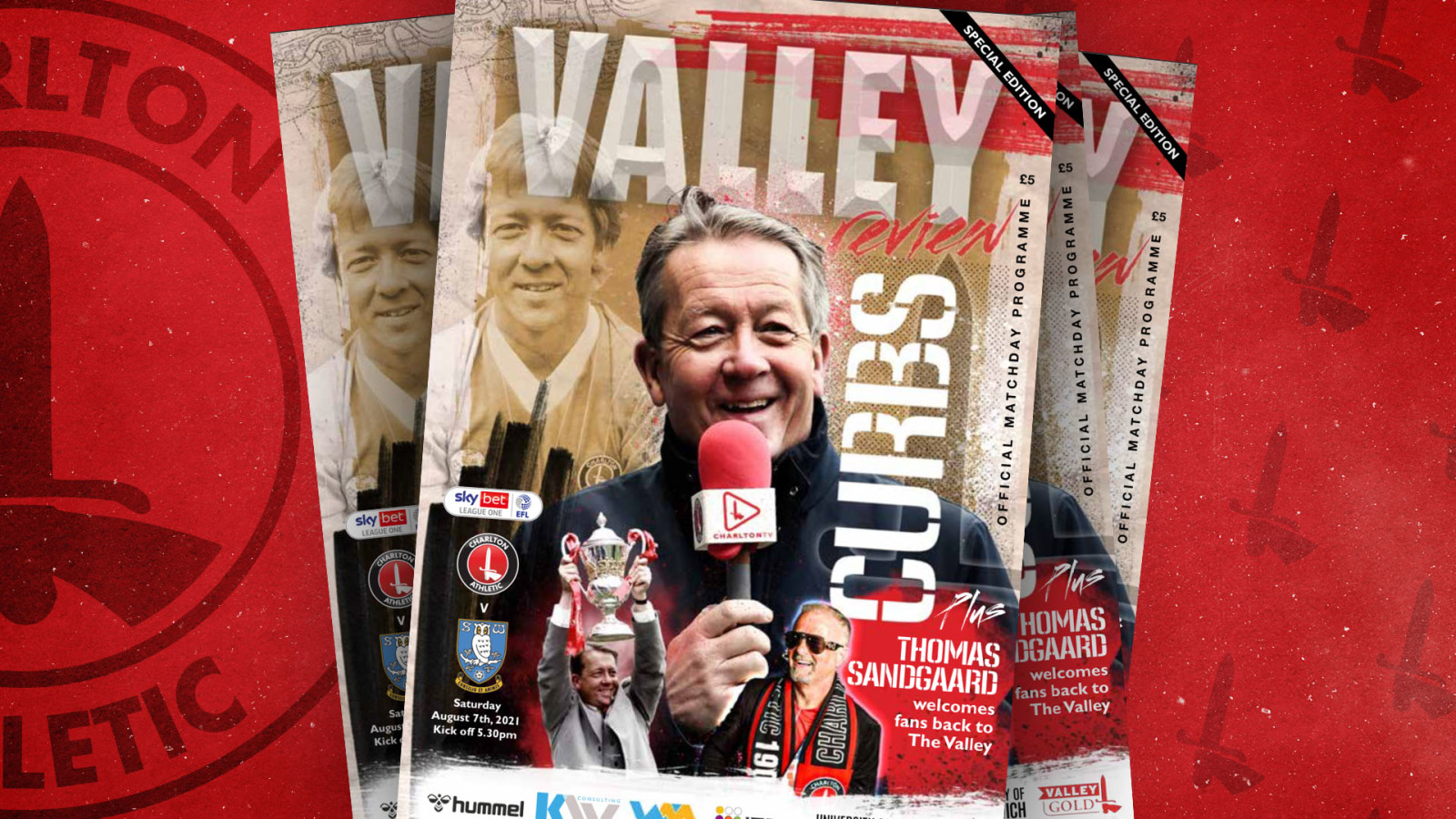 Saturday’s edition of Valley Review is certainly not one to be missed as the club pays tribute to Alan Curbishley with a bumper 92-page special.

This weekend’s opening-day clash against Sheffield Wednesday will see The Valley honour the Addicks legend, with the official unveiling of the Alan Curbishley Stand, formerly the East Stand, marking 30 years since Curbishley first took charge - initially alongside Steve Gritt.

The programme will celebrate the 63-year-old’s remarkable 15-year spell as Charlton boss, during which he oversaw 729 games, twice guiding the Addicks to the Premier League, with the man himself taking us through the games that defined his time at the club.

The most successful manager in British footballing history, Sir Alex Ferguson, pens a special tribute column to Curbishley, whom he faced 14 times in the top flight, while we also hear from a number of players fundamental to Curbishley’s success in charge, including Clive Mendonca and John Robinson.

Lennie Lawrence discusses Curbishley the player, having managed the former midfielder in both of his spells in SE7, with tributes also flooding in from Addicks fans.

Meanwhile, owner Thomas Sandgaard writes a column to supporters ahead of the 2021/22 season, with manager Nigel Adkins penning his first manager’s notes of the new campaign, his first full season at The Valley.

Elsewhere, Steve Brown discusses his journey into professional football through Charlton’s illustrious youth setup as part of the new ‘Academy Journey’ feature, one of a number of features introduced for the upcoming season.

The new-look Valley Review will see its programme covers designed by Gav Billenness the creative director of the My Only Desire fanzine.

All this exclusive content and more can be found in Saturday’s special edition of Valley Review, priced at just £5.

Meanwhile, the 2021/22 official club handbook is set to be sent out to all early-bird season-ticket holders next week.