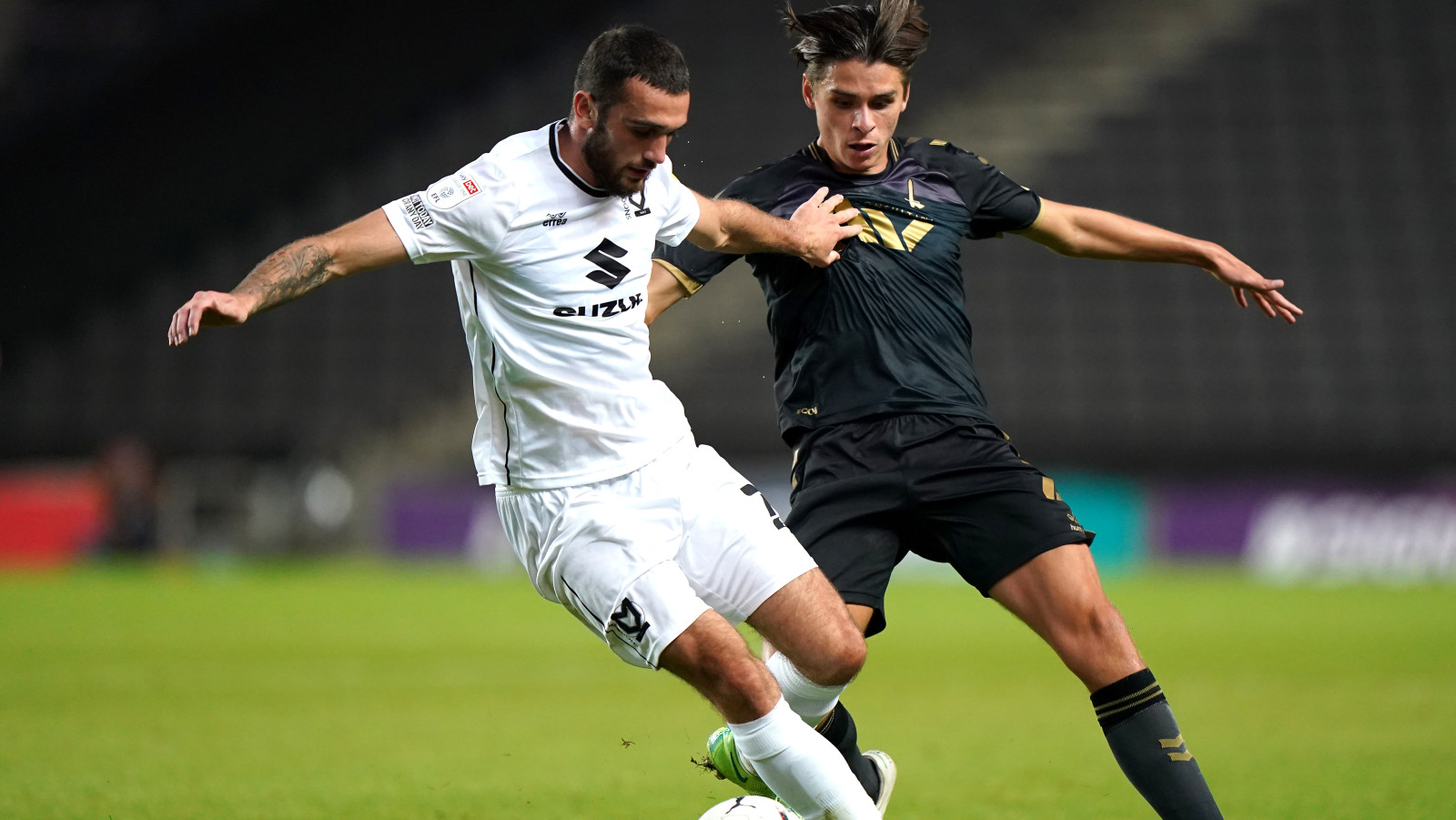 Charlton fell to a 2-1 defeat at the hands of MK Dons at Stadium MK on Tuesday night.

And the Dons completed the turnaround in the second period, Mo Eisa firing past Craig MacGillivray with what ultimately proved to be the winner.

Nigel Adkins named an unchanged starting XI for the trip to Stadium MK, while there was a place on the bench for the Addicks’ newest recruit Charlie Kirk, who joined from Crewe Alexandra last Thursday.

The Addicks arrived in the mood to force the issue and enjoyed early inroads down the right flank through a combination of Diallang Jaiyesimi and Sean Clare; a neat exchange between the pair saw Jaiyesimi feed Clare, though the latter’s cross was cut out by Harry Darling at the back post with Stockley lurking.

Clare was involved again moments later, contriving with Conor Washington before teeing up Albie Morgan, who saw his effort blocked at close quarters.

And the Addicks had their just reward for an enterprising start on 15 minutes, Morgan’s pinpoint free-kick delivery finding Stockley, who headed emphatically past a helpless Andrew Fisher.

The Dons’ response was instant, though, Parrott latching onto Scott Twine’s precisely threaded pass to fire past MacGillivray and restore parity.

Washington then forced Fisher into a routine stop from distance, before goalscorer Parrott fired over MacGillivray’s bar from close range after the ball had squirmed across to him at the far post.

There was late drama as Jaiyesimi robbed Daniel Harvie on the edge of the box before feeding Stockley with a perfectly-weighted pass, though the onrushing Fisher narrowed the angle well to thwart the Charlton skipper.

Adkins handed Deji Elerewe an Addicks league debut after the interval as the 17-year-old replaced Ryan Inniss, who had been cautioned by referee Charles Breakspear on 26 minutes following an aerial duel with Harvie.

Less than a minute later, Elerewe found himself in the thick of the action at the heart of Adkins’ defence, sliding in to make a superb block to deny Eisa a certain goal after the forward had been played in by Parrott.

Moments later, Washington fired narrowly wide of Fisher’s left upright with what proved to be the Northern Irish international’s final contribution of the night as he limped off on 56 minutes, paving the way for Kirk’s Charlton bow.

Akin Famewo then did superbly to block Eisa’s goalbound effort, though the ball found its way back to the Dons forward in a crowded box via a touch from Parrott, and Eisa made no mistake the second time around to fire the hosts ahead.

Adkins’ men continued to seek a leveller as the game grew old, though their efforts proved to be in vain as the Dons triumphed.