Adkins praises Valley faithful ahead of Saturday's clash with Wigan 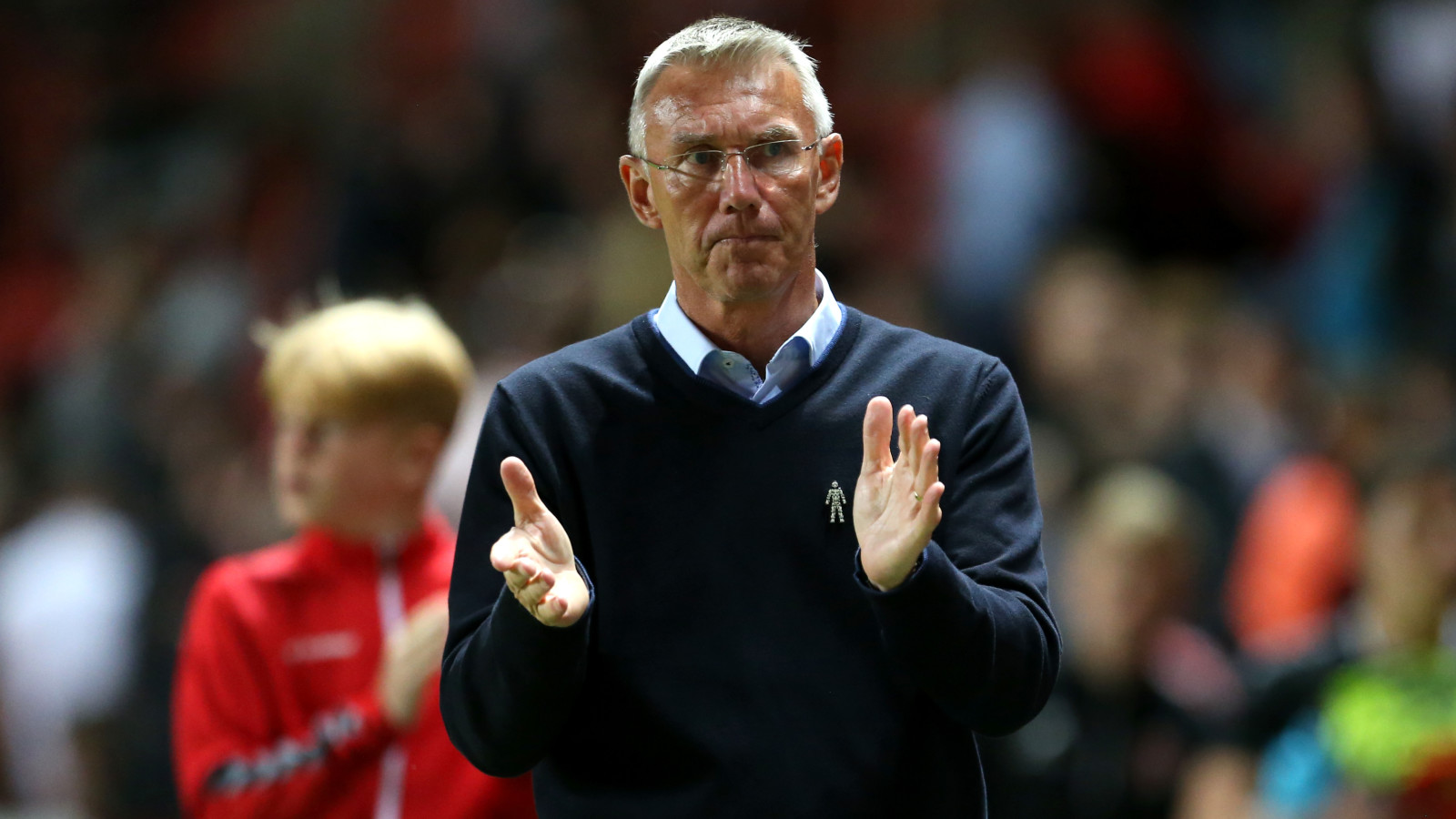 Nigel Adkins is looking forward to being back on home turf on Saturday with the vocal Valley faithful behind his team as the Addicks take on Wigan Athletic at The Valley on Saturday (3pm).

The Addicks boss praised the supporters for their backing since making their return to stadiums at the start of the season and emphasised just what a difference they can make towards helping the side out on the pitch.

"It’s great that the fans are back in the stadium. The support has been tremendous," said Adkins.

"When you look at the first game against Sheffield Wednesday, how they withstood the second-half spell when we were really on top and bombarding them.

"That noise and the vocal support that we've had is going to be massive for us this season.

"The support we had at Oxford was fantastic and we had even more at MK Dons the other night.

"We’re all emotional, we all want the performance and we all want to win and support the players and the team. Sometimes the results goes against us and you can get frustrated with that, I understand that.

"We all have the best interests of the club at heart and we all want to enjoy all sides of the game – I understand the importance of the game to the supporters and I like to think the fans can see the team is passionate, going out there working hard. We allow honest mistakes as long as they go out there and work their socks off and the players have certainly done that in all the games."

Meanwhile, Adkins provided a fitness update ahead of the clash with the Latics.

"Conor Washington came off on Tuesday with a lot of discomfort," he explained.

"We’ve got one or two other players with some niggles, it’s been a busy period, but on the whole, the players are in good spirits and looking forward to the game.

"Ben Purrington has been on the grass in the last stages of his rehab. We hope he’ll be back training with the players next week as long as keeps that progression.

"Alex Gilbey is doing some physical activity, he’s still suffering from the after-effects of COVID. He’ll be a little bit longer.

"Jake Forster-Caskey has had his 12-week assessment which went really well. He’s in all the time and working extremely hard on his rehabilitation. He’s a great professional and an important part of what we are.

"Ronnie Schwartz missed a lot of pre-season. He’s stepped up by playing 45 minutes for the U23s on Tuesday and came through unscathed. He trained with the group today, so we’ll be looking to progress his level of fitness.

"We planned to take Ryan Inniss off at half-time on Tuesday and Deji [Elerwew] came on – he was outstanding."