U18s | Asiimwe and Toure look ahead to Saturday's national final 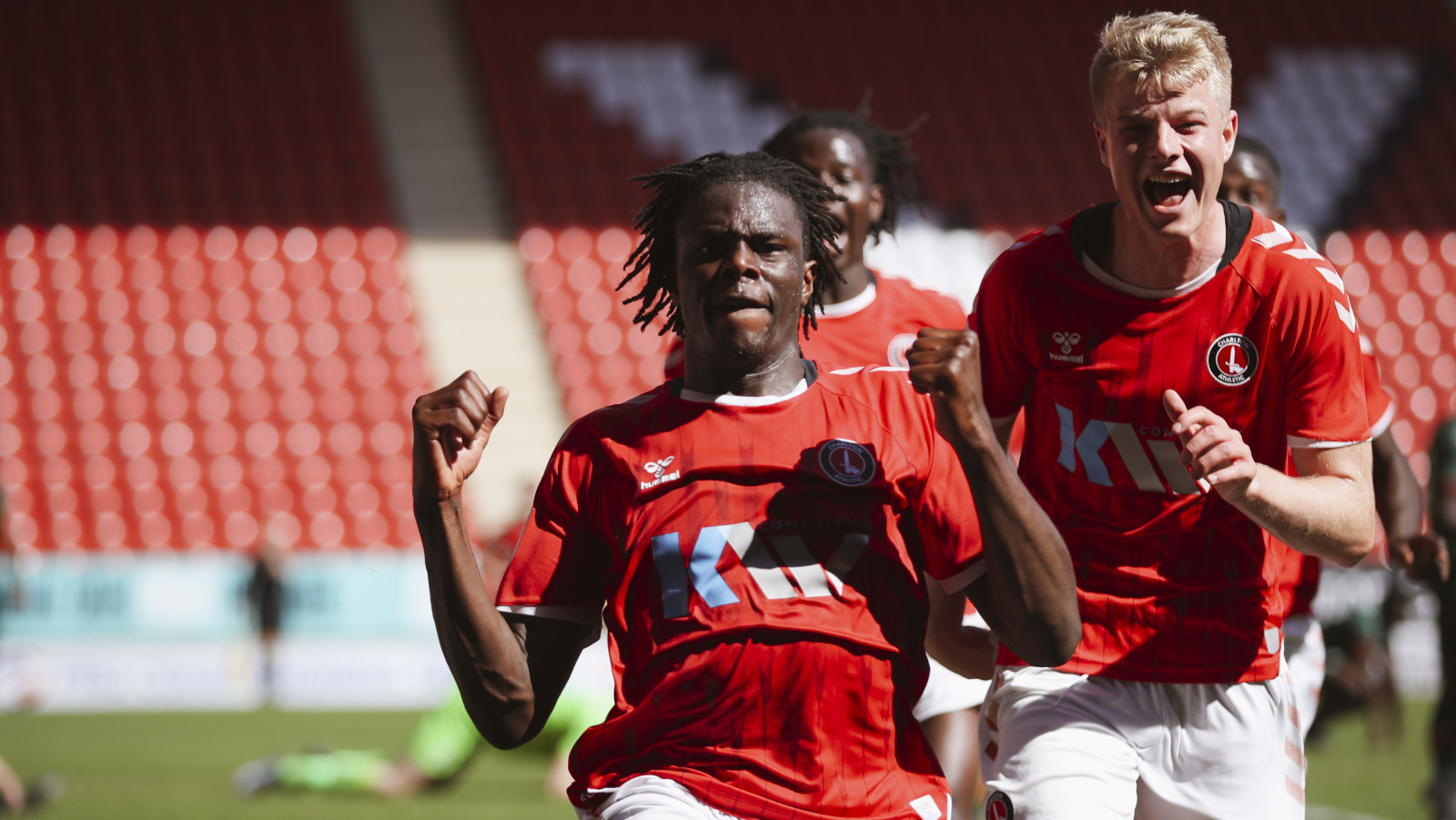 Defensive duo Nathan Asiimwe and Seydil Toure are raring to go ahead of Charlton U18s' national final at Sheffield United on Saturday (12pm).

The young Addicks produced an extraordinary second-half comeback against Barnsley last weekend to book the showdown with the Blades, overturning a two-goal deficit in the final 14 minutes to record an incredible 3-2 triumph over the Tykes at The Valley.

"It was a big game and we left it until late," said Toure. "The boys were buzzing with the result and hopefully the fans were as well- what a way to win a football match.

"I felt joy from the bench. I'm so proud of the boys with the character they showed throughout the game and especially in the last 12 minutes, managing to nick it. I'm proud and happy to be part of such a strong squad."

Asiimwe, who joined the Addicks at U9 level, headed home Toby Bower's corner on 95 minutes to complete Charlton's stunning turnaround. "It was an amazing feeling," he beamed. "The boys worked hard and put in hard graft to pull the game back. I was just buzzing; I was the least likely to score, so to get a goal of that importance and put us through to the final was an unreal feeling. I felt relief and disbelief - it was a great comeback."

Hamza Serrar's side face a Sheffield United outfit who claimed the PDL2-North title without tasting defeat.

“All of the boys have put in a lot of work during this week," Toure said. "Everyone will give it their all and we'll hopefully start off the game how we finished the last.

"Sheffield United are a physical side, very direct. We played them earlier on in the season and both drew 3-3, so we're expecting a physical and tough game. Hopefully, we will come out on top."

Asiimwe added: “We have been training hard, working on ourselves. I'm looking forward to it, it’s going to be a good game.

“Like Seydil said, they are a physical northern team. We know they are a good side as they finished top. It's going to be the best vs the best."

Supporters can gain free admission to Saturday's final at the Blades' Randox Healthy Academy in Shirecliffe for free and the game will also be streamed live on the club's YouTube channel.

“The fans have seen from the last game the character within the squad," explained Toure. "There will be a lot of fight on the pitch and a lot of desire to bring the trophy back to Sparrows Lane."