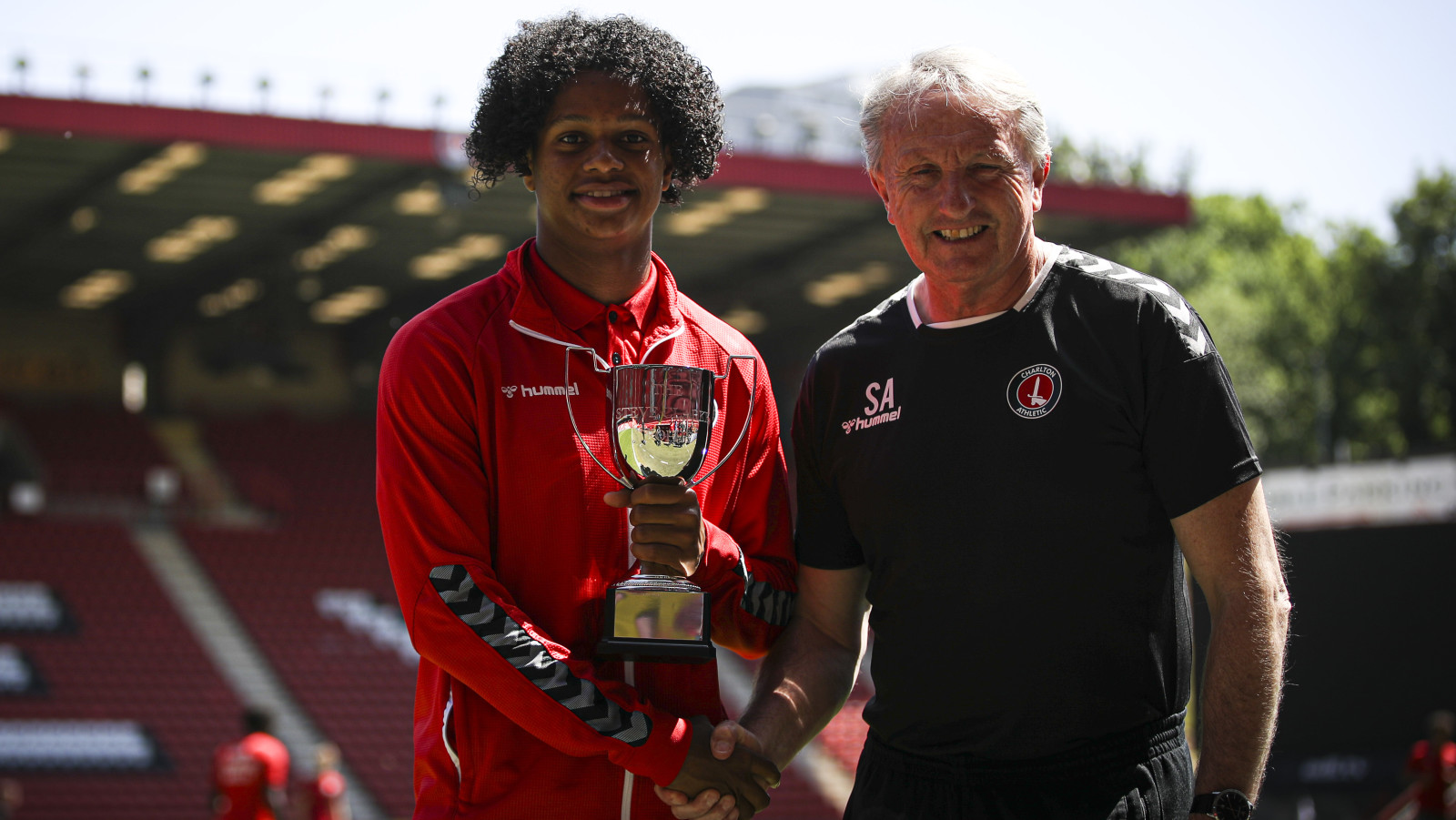 Academy starlet Henry Rylah has received the inaugural Steve Clarke Trophy, which he was presented with ahead of Saturday’s U18s game against Barnsley at The Valley.

Steve Clarke was a much loved and revered Charlton supporter for over fifty years, who died in September 2020. He was a Valley Party candidate, chair of the supporters club, the first Charlton supporter director and latterly he was chair of Charlton Athletic Supporters' Trust (CAST).

After his untimely death the CAST board decided to commemorate him by making an annual award in his name to a young player at Charlton Athletic. 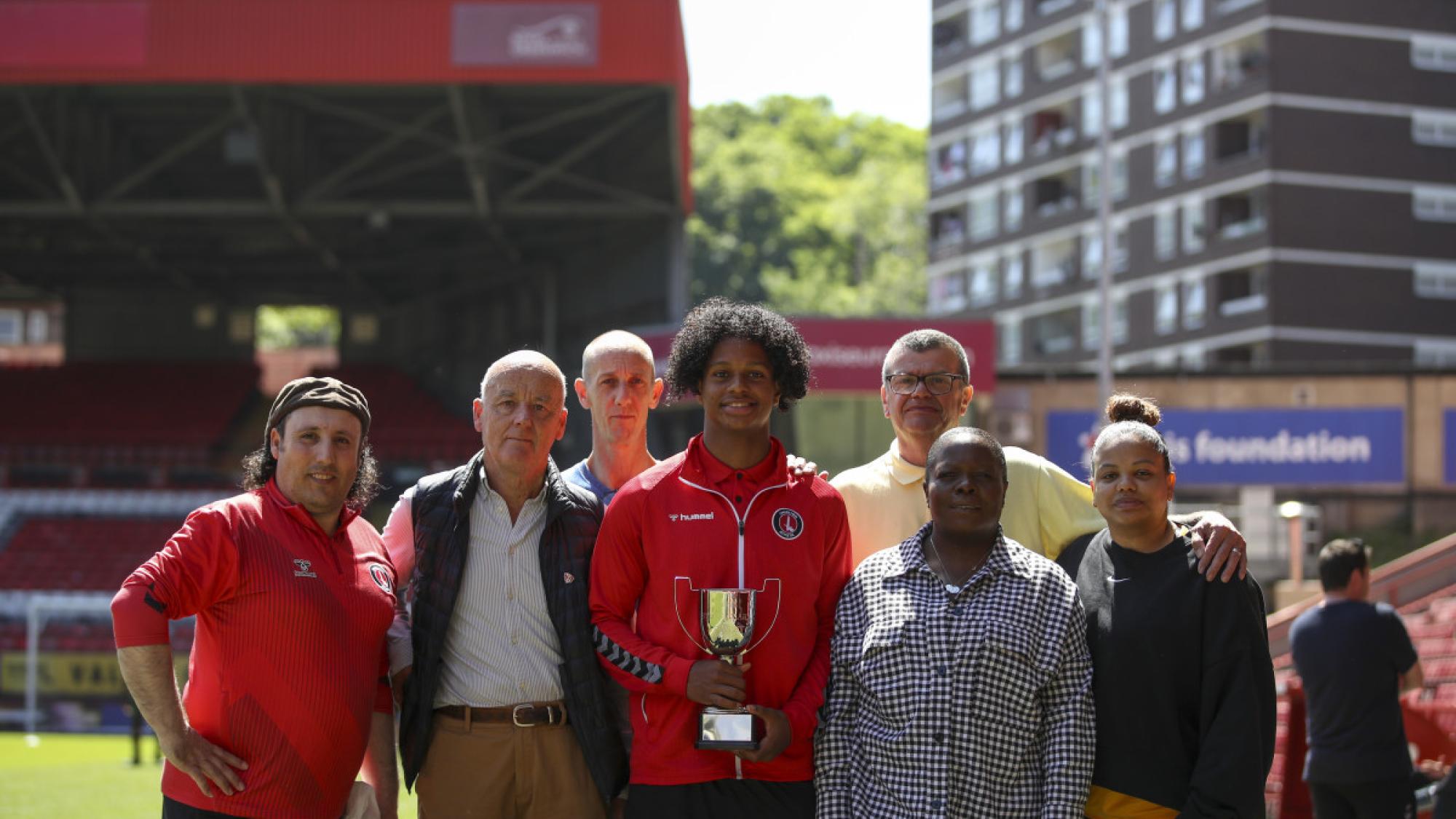 The award criteria were based on the EFL Apprentice of the Year award that Jordan Cousins, Ademola Lookman and, most recently, Deji Elerewe achieved.

• Contribution to the Team Performance

• Educational Achievements in the Football Scholarship

U16 manager Chris Lock said: "Henry is the epitome of hard work and dedication. Whilst he has undoubted talent, it is his sheer desire to improve and be better both on and off the field that makes him stand out.

"He is often the first one in and last one out of the training ground. He can be found up on the astroturf pitches working on his game, just him, a bag of balls and a repetition of drills to help improve his footballing ability. He has been a consistent performer in our U16 side scoring and creating a plethora of goals for his team, whilst also making numerous appearances for our championship winning U18 side."

Rylah attends haberdasher Aske's Knights Academy. Lock explained: "He is a well behaved, well liked and popular student. He is well mannered and his teachers say he is a pleasure to teach.”