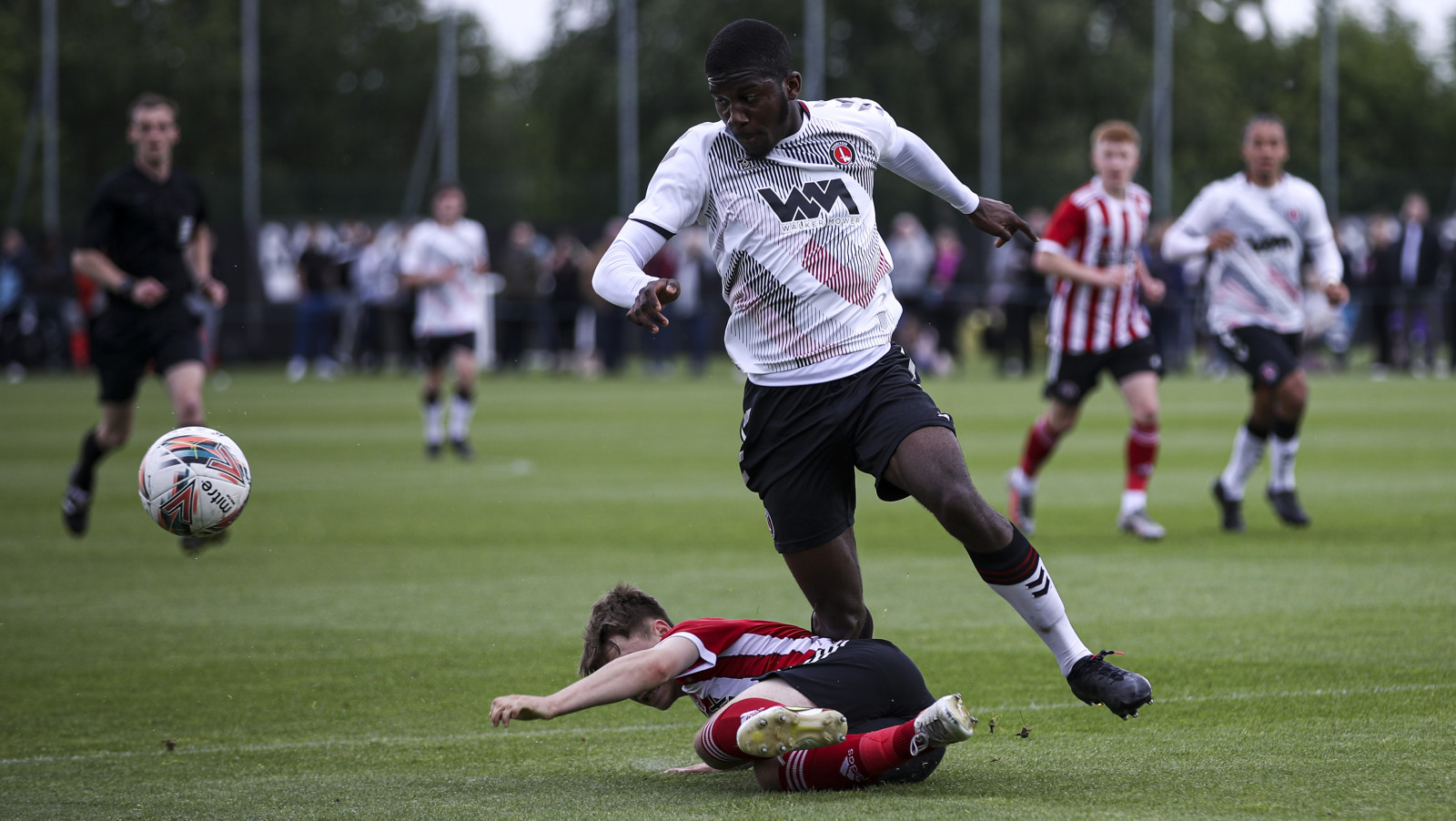 Charlton’s U18s were made to settle for finishing runners-up in the Professional Development League 2 play-offs, falling to a 2-1 defeat at Sheffield United in Saturday’s final.

Despite taking an early lead through Daniel Kanu at the Blades’ training ground, the game hung on an extremely contentious refereeing decision in the second half which saw the Blades awarded a questionable penalty to allow them to equalise, before a second United goal in the latter stages of the game earned the trophy for the home side who themselves complete an undefeated season.

The young Addicks got off to a dream start in Sheffield, taking the lead with just six minutes gone and it came courtesy of the goal machine Kanu.

With Karoy Anderson slipped into the box on the right, he looked to square the ball across to Miles Leaburn who, in turn, made a smart lay-off to Kanu and he made no mistake in cushioning home an excellent volleyed finish from 12 yards for his 41st goal of the campaign. 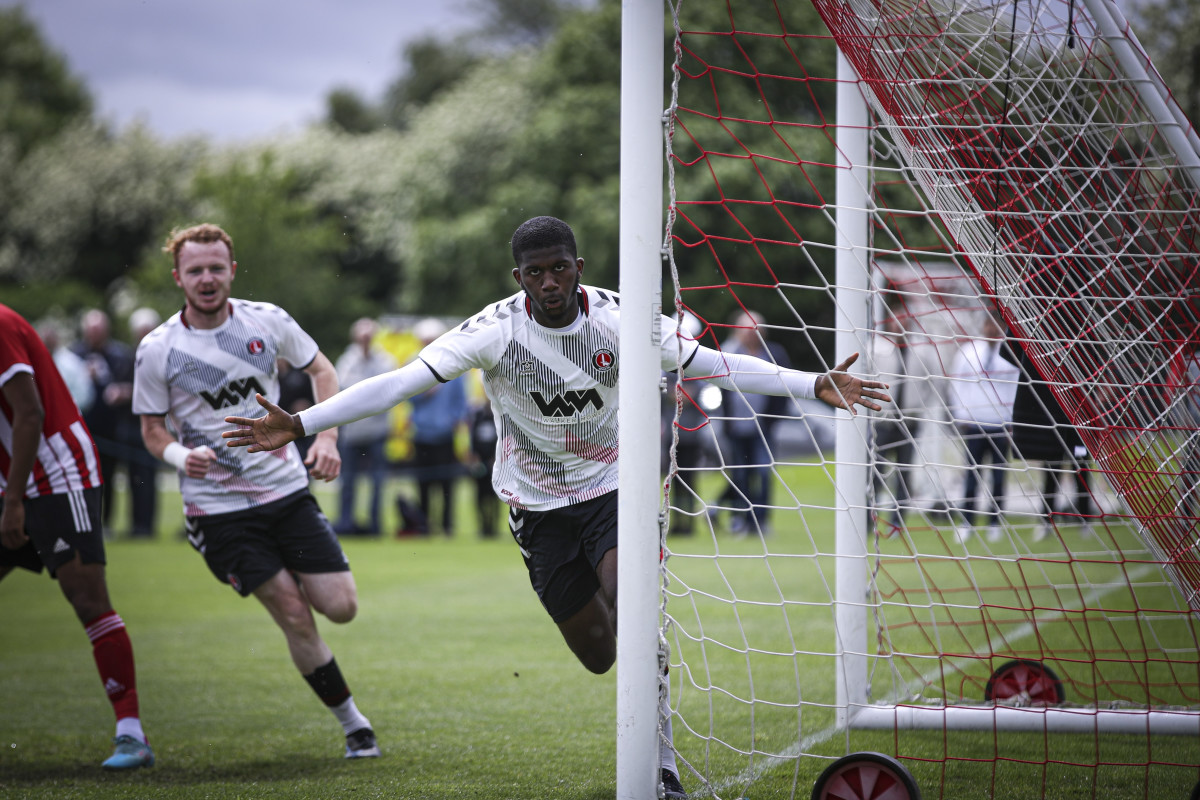 The Blades had to wait until the 18th minute for their first real opening when Sydie Peck forced his way into the box, leaving himself with just Ahmed Kone to beat, but the midfielder was denied after some good pressure from Nathan Asiimwe, leaving Kone to make an easy stop.

Moments later, Peck threatened again, this time firing in a low effort from distance which Kone tipped around the post for a corner and the hosts came closer still on 28 minutes when Oliver Arblaster hit the outside of the post with an effort from 22 yards.

Indeed, United’s real threats throughout the first half continued to come from range with Peck, once again, lining up a low shot from distance just before the break which again zipped just wide of the post.

Sheffield United started the second half just as they ended the first, on the front foot, and Arblaster tested Kone with another potshot early on after the restart, with the Addicks’ stopper producing a fine save to deny his half-volley from just outside the box.

The hosts came close again moments later when Will Lankshear’s attempted flick at the near post was well blocked and the visitors went straight down the other end and very nearly bagged a second - Leaburn getting on the end of Oliver Hobden’s peach of a cross to steer just wide. 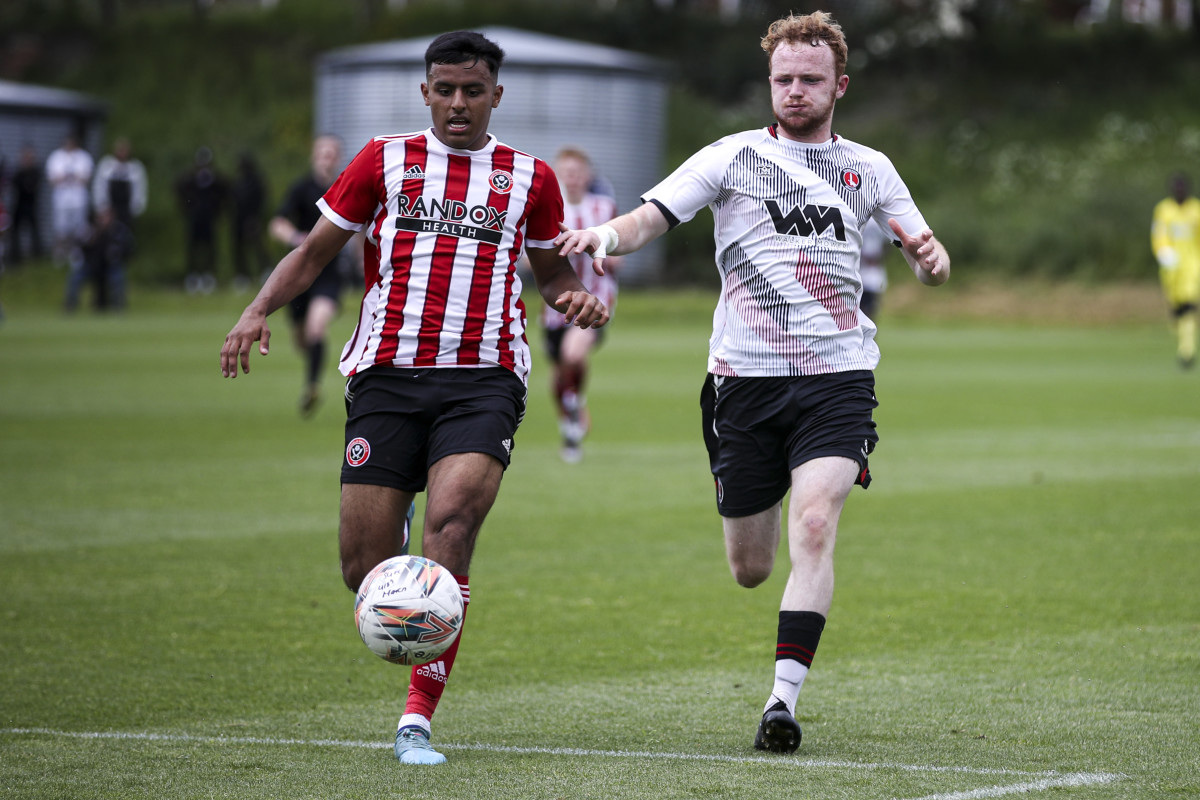 Just before the hour mark, however, the Blades drew level in hugely controversial fashion. When Arblaster threatened down the left-hand side of the box, Asiimwe did well to poke the ball away from him and out of play, only for the referee to blow his whistle and make the baffling decision to award the home side a penalty, much to the confusion of both sides.

United captain Lankshear stepped up, striking the left-hand upright with his spot-kick, but with the ball landing back at his feet via a slight touch off the glove of Kone, he made no mistake with his second attempt and put away the rebound to earn his side a controversial leveller.

With Charlton legs tiring, the hosts continued to get on top. Peck forced Kone into another good save with his legs as they continued to turn the screw and they eventually went ahead with 16 minutes remaining.

Charlie Staniland sent in an inviting low cross from the right and Theo Williams was on hand to slot home what turned out to be the winner as the hosts completed their turnaround to claim victory.

Despite the controversial fashion in which Sheffield United got themselves back into the game, the hosts were, in truth, worthy of their victory on the balance of play, but the young Addicks can travel home to London and be hugely proud of their season which saw them impress throughout, complete with a trio of first-team debuts, as well as a host of U23 debuts, with plenty more to come from these young Charlton stars.