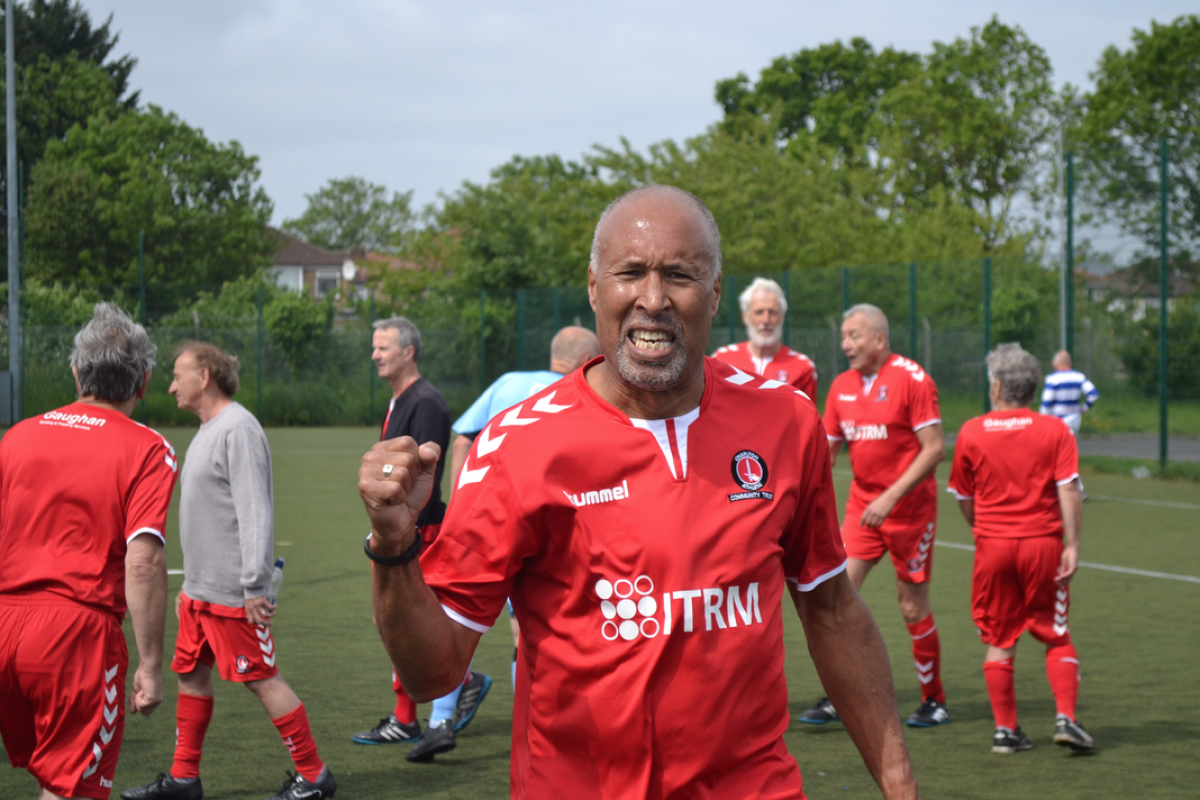 The team played five games in the league, winning two, drawing two and losing one. Their last game was a play-off against Barnet FC for the second qualification spot.

It was a close game, both wanting to go through to the national final at St George’s Park in Derby and have the honour of playing at England’s Training Ground. As the game was drawing closer to the end, you could clearly see that both teams wanted to win but not concede so close to the end of the match.

Three minutes from the end Charlton lost the ball deep in Barnet’s half, and the Bees, the more experienced team in tournament football, capitalised on the loose ball, broke forward and scored the winner. . You could clearly see the disappointment in conceding the late goal on Charlton faces, and with time running out there was no coming back. .

Walking football participant Rod Fernandez had this to say about the day:

“Not having much experience of Walking Football tournaments, this was a good test. Our team played five six-a-side games, and considering we have never played as a team before, our results were good: two wins, two draws and a loss. This qualified us for a play-off against Barnet as Portsmouth had already won this tournament outright. Unfortunately we lost and ended up in third position, which was a very respectable result nonetheless.

“We were all disappointed but knowing how experienced Portsmouth and Barnet are in these tournaments, we just shrugged it off, knowing that we did our best.

I’d like to thank [CACT health advisors] Matt Phillips and Charlie East for this opportunity and for all their hard work in arranging the day. I’m currently laying here motionless, on my settee, unable to move as I have aches and pains after today, but you know what, I thoroughly enjoyed the craic of playing with a great bunch of lads.”

If you’re interested in taking part in Walking Football, which CACT runs sessions of as part of the health improvement programme it delivers on behalf of the Royal Borough of Greenwich, check out greenwichgetactive.com.  Sessions take place at Eltham Goals on Tuesdays from 10.30-11.30am.